Competitors originally from Africa have swept to five gold medals in seven races in the first two days of the Asian Games athletics, blowing away their native Asian competitors. 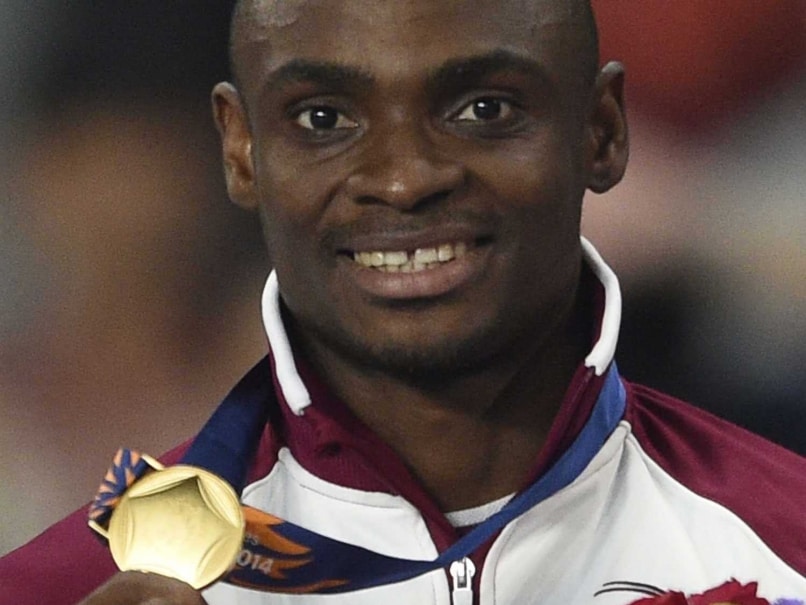 Asian competitors are becoming increasingly desperate over African-born athletes running for wealthy Gulf states who have dominated the Asian Games track golds for the third contest in a row. (Qatar Speedster Wants to Take on Usain Bolt)

"I think it's unfair because they are taller and have a longer stride," men's 100 metre silver medallist Su Bingtian told AFP. "They are more powerful and athletic. Physically we are at a disadvantage."

Japanese and South Korean sprinters added their voice to the protests, while Asian sport leaders appear divided over the foreign influx.

Competitors originally from Africa have swept to five gold medals in seven races in the first two days of the Asian Games athletics, blowing away their native Asian competitors.

Foreign imports, mainly representing Bahrain and Qatar, have continued a dominance in track events which stretches back to the 2006 Doha Games, when Kenya-born runners won the men's 800m, 1500m, 5,000m, 10,000m, 3000m steeplechase and marathon.

At the 2010 Guangzhou Games, Bahrain and Qatar's African runners again completely dominated the men's long-distance track events, taking all six medals in the 5,000m and 10,000m

Meanwhile, Alia Saeed Mohammed -- originally from Ethiopia -- stood draped in the flag of her adopted United Arab Emirates after winning the 10,000m.

It has been the same story in the men's competition. The men's 5,000m saw Moroccan-born Mohamad Al-Garni taking gold ahead of Bahrain's Alemu Bekele Gebre, who switched allegiance from Ethiopia, and Albert Kibichii Rop, formerly Kenyan.

No native Asian has ever run below 10 seconds. The Japanese sprinter conceded that Asians could be "left behind" as the bar set by African runners at Asia's Olympics gets "higher and higher".

"My time isn't really competitive against the African athletes," he sighed.

The ranks of the world's top long and middle distance runners have long been stuffed with Kenyans, Ethiopians and Moroccans, and competition to get into their national teams is fierce.

This has led to many budding young athletes turning to the opportunities, income and facilities offered by the likes of Qatar and Bahrain.

South Korea's Kim Yong-Gu, who narrowly missed out on qualifying for the men's 1,500m final, said the difference between himself and runners from Africa was plain to see.

"I felt during my race that there was a gap between them and the Asian competitors. They seem to have a greater capacity to run," he told AFP.

Kim added that he hoped the Asian Games would get back to "what it was like 10 years ago", before the switching of allegiance became commonplace.

"If they buy some athletes they stop the training of their athletes. This is not beneficial for their country's sports," Wei told reporters.

But some Asian runners said the imports could help drive up standards. "We believe the inclusion of more and more African athletes is better for us," said Ding Changqin, silver medallist to UAE's Mohammed in the 10,000m.

"It makes us more powerful and we believe it will make us try harder and achieve better results."

"We are not worried about that," said Husain al Musallam, director general of the Olympic Council of Asia, who is from Kuwait. "Maybe the new Asian athletes will work harder to achieve a higher standard."

The African-born athletes were unequivocal -- switching allegiance gives them the best opportunity to compete at the highest level.

"It's hard to make the team in Kenya. Everyone is very strong," said middle-distance runner Rop. "I sought a way (to get on)."

Comments
Topics mentioned in this article
Asian Games 2014 Other Sports
Get the latest updates on Fifa Worldcup 2022 and check out  Fifa World Cup Schedule, Stats and Live Cricket Score. Like us on Facebook or follow us on Twitter for more sports updates. You can also download the NDTV Cricket app for Android or iOS.