China and South Korea are the two big names in swimming when it comes to the Asian Games competition. 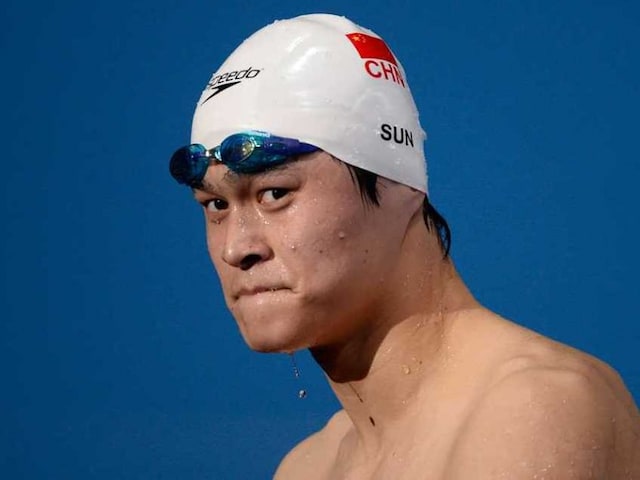 Sun Yang holds the world record in the 1,500 metres freestyle competition and won the event at the Asian Games four years ago in Guangzhou, China.© AFP
Incheon:

What promises to be a dramatic showdown between China's Olympic gold champion Sun Yang and his chief rival, Park Tae-hwan of South Korea, is set to heat up the Asian Games swimming program.

It's the biggest rivalry in Asian swimming, possibly one of the biggest of the games, and some taunting from Sun has likely intensified the competition.

The 22-year-old Sun brings the 200, 400, and 1,500-meter freestyle world titles he won last year to Incheon, along with the two golds, one silver and one bronze won at the 2012 London Olympics, where he became the first Chinese man to win an individual Olympic swimming gold.

Sun also holds the world record in the 1,500 and won the event at the Asian Games four years ago in Guangzhou, China, where Park won gold in the 100, 200 and 400 freestyle finals. Park also swept the golds in the three events at the 1996 Asiad in Doha, Qatar. To top it off, he'll be swimming in a pool named in his honor at Incheon, west of the capital Seoul.

But Sun thinks he holds the advantage, having fully harnessed the explosive power of his formidable 6-foot-6 frame.

Having told Chinese media he doesn't really consider Park a serious rival, Sun filmed a series of humorous TV commercials for a Chinese sportswear maker in which he gently mocks the South Korean's celebrity status.

"Mr. Park, you're the Korean people's hero. You have countless fans. Even this swimming competition's aquatic center bears your name," Sun says into the camera. "But Mr. Park, so what?" Sun intones before performing a cannonball into the pool while wearing a pair of children's floaties.

In another, Sun, floating on an air mattress, thanks Park for not quitting swimming to become a singer or TV star. Now "don't let me win too easily," he adds.

Sun has already drawn notoriety for his flamboyant personal style and willingness to flaunt authority. In December, he was suspended from training and competition after being detained for seven days for driving without a license. He'd previously been formally censured after feuding with his coach and missing practice in order to make commercial appearances and spend time with his girlfriend.

Along with the three individual events, Sun is also set to take part in the 4x100 and 4x200 freestyle relays in Incheon.

The competition gets underway on Sunday with the pair swimming in the 200. It continues Tuesday in the 400 then wraps up with the 1,500 on Friday.

Park, 24, won the 400 at the 2008 Beijing Games and finished second behind Sun in the event in London. The pair tied for silver in the 200 in London. Park skipped last year's worlds but showed he was on-form by setting the fastest time of the year in the 400 at last month's Pan Pacific Championships in Australia.

The Japanese men also will be targeting a share of the golds, having won six at the Pan Pacific. Chief among them is 20-year-old Kosuke Hagino, who beat Michael Phelps in the 200 medley in Australia, where he also won the 400 IM. Hagino will be competing in six events.

China's top woman, Ye Shiwen, set a world record in the 400 IM and an Olympic record in the 200 IM at London 2012. The 18-year-old failed to win any medals at last year's worlds, but returned to her winning ways at this year's national games and will be looking to show she's still a force to be dealt with at Incheon.

While Sun and Ye are China's undisputed superstars in the pool, the Asian giant also boasts two other Olympic gold medalists in the form of women's 200-meter butterfly world record holder Liu Zige and Jiao Liuyang, who won the event in London.

Lu Ying, who took silver in the women's 50-meter butterfly at the worlds, is also on the 61-member Chinese swim team, along with backstroker Xu Jiayu, who broke three Chinese records at the May nationals and is ranked fastest in the world this year in the 100.

Xu's biggest competition will come from Japan's Ryosuke Irie and Yasuhiro Koseki, who won gold in the 100- and 200-meter breaststroke at the Pan Pacx.