Yuvraj Singh's Knock Against Pakistan Was Turning Point For Him: Sunil Gavaskar

Yuvraj Singh smashed an 18-ball 35 and put on a 51-run stand with Virat Kohli as India beat Sri Lanka by five wickets on Tuesday night to march into the final of the Asia Cup Twenty20 tournament. 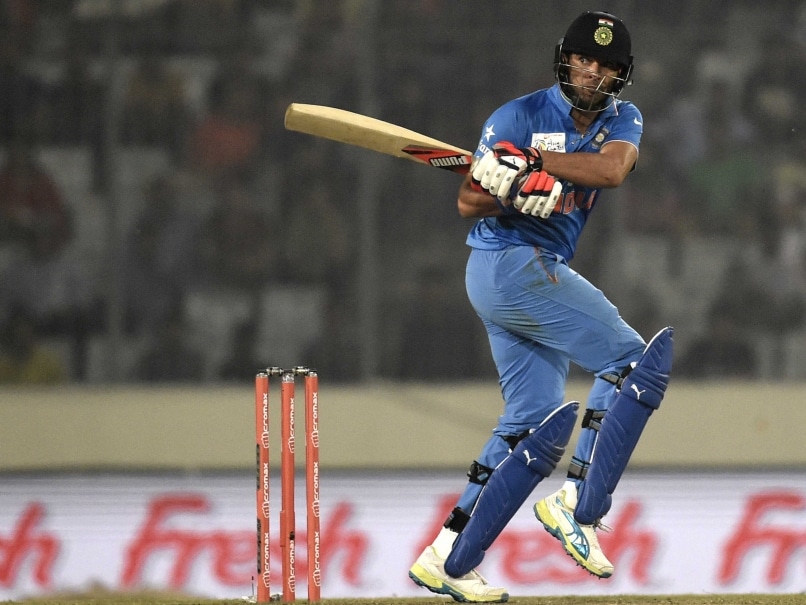 In his knock of 35 off 18 balls vs Sri Lanka, Yuvraj Singh smashed three fours and three sixes.© AFP

Former India captain Sunil Gavaskar has said that Yuvraj Singh's innings against Pakistan was the turning point for the swashbuckling left-hander and his form augurs well for India's chances in the ICC World Twenty20. (Kohli, Yuvraj Guide India to Asia Cup Final)

Yuvraj smashed an 18-ball 35 and put on a 51-run stand with Virat Kohli as India beat Sri Lanka by five wickets on Tuesday night to march into the final of the Asia Cup Twenty20 tournament. (Kohli Relishing Batting in Crunch Situations)

The left-hander seemed to struggle against the fiery fast bowling of Pakistan but stuck it out in the middle to guide India home against the arch-rivals on Saturday.

Yuvraj scored a sluggish unbeaten 14 off 32 balls but in the context of the match, it was a crucial innings for India, who had lost early wickets in their chase.

"This innings (vs Sri Lanka) was very important for Yuvraj Singh. He looked like the Yuvraj of old. His innings against Pakistan was the turning point. He might not have got runs against Pakistan but he settled down and made sure there was a partnership. His confidence is back and that augurs well for the Indian team," Gavaskar told NDTV.

Kohli and Yuvraj strung together a crucial 68-run partnership against Pakistan, and were once again in the thick of things against Sri Lanka.

"Virat Kohli and Yuvraj Singh combination has been a big plus factor for India," said Gavaskar.

The former India opener was also all praise for Kohli, who hit an unbeaten 56 off 47 balls to take India home with four balls to spare and helped maintain their unbeaten streak in the tournament.

"Kohli is a determined batsman in all formats. But what stands out is how he recognises the situation and plays according to them. This is the reason why he is so consistent. He has got a range of shots," said the Indian batting legend.

Gavaskar also praised the selectors for including the likes of Ashish Nehra and Yuvraj in the squad. He said the selectors needed to be complimented for not going by the duo's age but rather their performance.

"Compliment to selectors for not looking at Nehra's age but picking him for his performance. He mixes his deliveries well and in the slog overs he tries a lot of things. Like Yuvraj he is bringing his experience into play."

"The inclusion of Yuvraj, Jasprit Bumrah, Nehra and Hardik Pandya has lent variety and given the Indian team the balance in attack. Batting was never a problem, it was pretty much settled. It was the bowling that needed a little bit of tweaking and the selectors have done that," he added.