Mashrafe Mortaza, Bangladesh captain, said though they are disappointed after losing to India after in the Asia Cup final, they are taking T20 World Cup 2016 as a fresh tournament 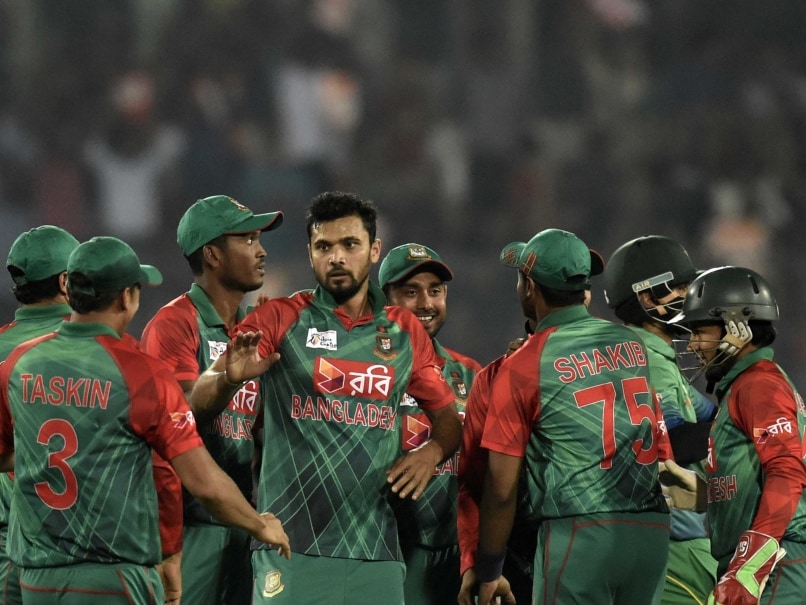 Bangladesh captain Mashrafe Mortaza is dejected that his team was not able to gift the cricket crazy home fans a victory which would have been 'huge' for them but at the same time wants to quickly shrug off the disappointment ahead of theirÂ T20 World Cup 2016 campaign. (Asia Cup: Shikhar Dhawan, Virat Kohli Take India to Sixth Title With Win over Bangladesh)

Bangladesh play anÂ T20 World Cup 2016 match against the Netherlands on Tuesday and Mortaza wants his men to go into the tournament with a positive mindset.

"We are taking a lot of positives from the tournament as we have a played the final which is a huge achievement. But in two days we have a qualifying match in the World T20. We have to qualify first and then also we will be in the group of death. We have to be mentally ready and ensure that this final loss does not affect us as playing in India is a tough thing," Mortaza said, after his team's loss in the Asia Cup final to India by eight wickets.

He urged the Bangladeshi supporters to be a bit more patient with the team. "I know they had all kept their work aside and expected that we gift them a memorable victory. But we have a good team and these prayers have been with us. We would request them to be patient with us. Today had we scored 20 runs more, the contest would have been more even. The toss became crucial and also the pitch became better for batting in the second half," Mortaza said.

He said the ICC World Twenty20 would be a new tournament where they have to start from scratch.

"We have to start from zero. We have a got a team that has balance and potential. The boys have self belief. But one needs to understand that T20 is such a format where it is very difficult to win every game," the skipper said.

"It was a huge scope for us (Asia Cup) but then a lot of people did not expect us to reach the finals but we did reach the finals. I have full confidence that the future of Bangladesh cricket is very bright."

Comments
Topics mentioned in this article
Mashrafe Mortaza Bangladesh Cricket Team World T20, 2016 Asia Cup 2016 Cricket
Get the latest updates on India vs Australia and check out  Schedule, Results and Live Score. Like us on Facebook or follow us on Twitter for more sports updates. You can also download the NDTV Cricket app for Android or iOS.