Pakistan's Twenty20 captain Shahid Afridi has categorically said he wouldn't mind making changes to side if players fail to perform in Asia Cup. 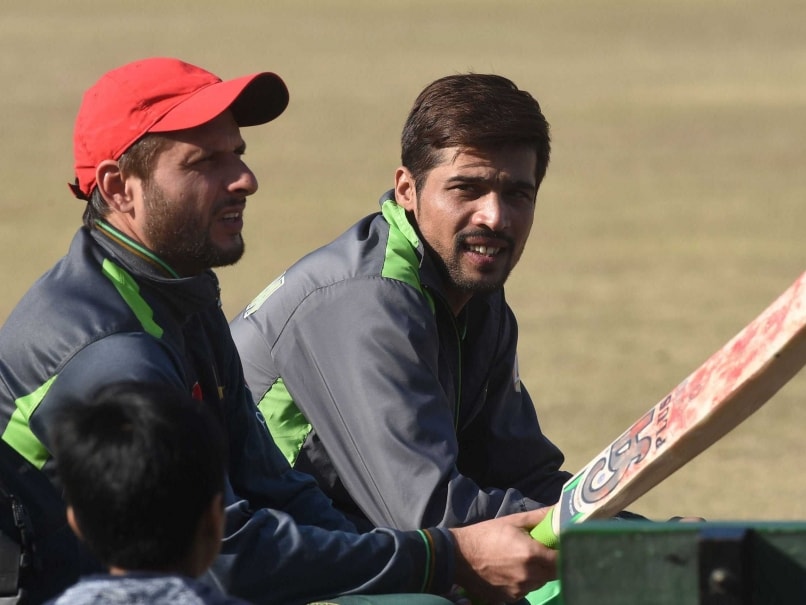 Shahid Afridi said he was disappointed with performances of some players in recent times under his captaincy.© AFP
Lahore:

Pakistan's Twenty20 captain Shahid Afridi has not ruled out making some changes in the national squad for the World Twenty20, which begins India in next month. (Waqar Younis Focussed on Pakistan's Asia Cup, World Twenty20 Preparations)

Although the national selectors have announced a 15-member squad for the Asia Cup and the World T20 but Afridi said the selectors and team management will closely watch performances in the Asia Cup to be held in Bangladesh from February 24.

"I hope that we don't need to make changes in the squad and it plays in both events but if any player (s) fails to click in the Asia Cup than there can be changes made in the side for the World Cup," Afridi said.

"If they are players who impress everyone in the Pakistan Super League they can be considered for the World T20."

Afridi also minced no words in stating that he was disappointed with performances of some players in recent times under his captaincy. (Ahmed Shehzad Dropped From Pakistan Squad For 2016 ICC World Twenty20)

"Myself, the team management and selectors gave full confidence and support to every player but unfortunately what we are looking at the same response was not forthcoming from players," he stated.Â

Pakistani selectors have picked five players in their Asia Cup and World T20 squad who have yet to play T20 Internationals.

Afridi said he can say for sure that in his captaincy every player who was in the team got full chances to show his performances.

"I don't believe in dropping someone after just one or two matches. And I can say this clearly every player who played in the team got full support and confidence from me, the coach and selectors."

"Unfortunately our players lack consistency. I am hoping that if the Pakistan Super League is held regularly for the two to three years than new talent will emerge and also get a chance to polish itself playing in front of crowds in the PSL," he said.

"Back home in domestic cricket no one comes to watch matches and there is no real pressure on the players to do well. To me the PSL can serve as the platform where players can develop their confidence and learn to play under pressure."

He said if any senior player felt it was time to go and there was talent to replace him he should retire.

"If there is some capable talent who can replace me I am ready to say goodbye and leave room for him in the team," Afridi said.

Comments
Topics mentioned in this article
Shahid Afridi World T20, 2016 Asia Cup 2016 Waqar Younis Umar Gul Ahmed Shehzad Pakistan Cricket Board Cricket
Get the latest updates on IPL 2021, check out the IPL 2021 Schedule and Indian Premier League Live Score . Like us on Facebook or follow us on Twitter for more sports updates. You can also download the NDTV Cricket app for Android or iOS.