Mashrafe Mortaza is Bangladesh's own boy -- a people's man, who can effortlessly carry the burden of expectations of millions of cricket crazy fans in the country. 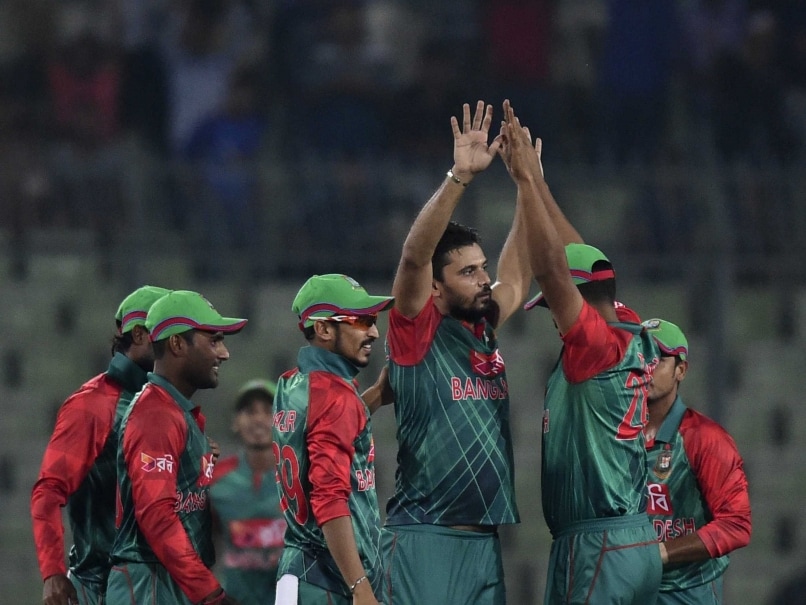 Call it a compulsion, but sporting achievements are often measured by numbers in hand and that is precisely why it will be difficult to analyse Bangladesh captain Mashrafe Mortaza's influence and contribution in the country's ever-growing cricketing ambitions. (Click here for latest Asia Cup stories)

Because numbers alone like 78 Test, 204 ODI and 35 T20 International wickets cannot explain why the strapping 32-year-old pacer is the country's most iconic cricketer despite not being in the league of a global star like Shakib Al Hasan or the new sensation Mustafizur Rahaman.

Because Mashrafe is Bangladesh's own boy -- a people's man, who can effortlessly carry the burden of expectations of millions of cricket crazy fans here.

Perhaps the only national cricket captain, who would dump his luxury sedan and travel to training on a cycle rickshaw with his gigantic cricket coffin. Someone who is ready for a good scrap despite his cricketing limitations and injuries, that has dogged his career throughout.

He is a man, who is ready to gracefully accept challenge of a local journalist who can tell him on his face that "your team will not win a single match in Asia Cup T20".

But Mashrafe politely told him, "I accept the challenge and will not say a word till we reach the final."

After winning a thriller, the same scribe with a huge grin asked him the same question about how a big a challenge it was and Mashrafe smiled and replied: "But you only said that we won't win a single match."

The local media had their apprehensions about the team's chances in Asia Cup and most of them had booked flights on March 5 to either Kolkata or Delhi from where they would fly to Dharamsala for the World T20 qualifiers.

One scribe asked Mashrafe, "I don't know what to do as I have flight tickets booked for Dharamsala on March 5."

Mashrafe smiled and said: "Go to Dharamsala. What will you do watching the final?" There was no arrogance or sarcasm in his voice when he said this but an air normalcy which ensured that nobody was offended.

That's the reason one is not surprised when he terms the two boundaries he hit off Mohammad Amir's bowling as "lucky shots".

"I was a bit lucky that I connected both. You can say in my T20 international career, the two most important boundaries that I have struck," his smile was almost apologetic.

Comments
Topics mentioned in this article
Mashrafe Mortaza Bangladesh Cricket Team Asia Cup 2016 Cricket
Get the latest updates on ICC T20 Worldcup 2022 and CWG 2022 check out the Schedule, Live Score and Medals Tally. Like us on Facebook or follow us on Twitter for more sports updates. You can also download the NDTV Cricket app for Android or iOS.