Jasprit Bumrah Will Find it Difficult to Sustain With Current Action: Aaqib Javed 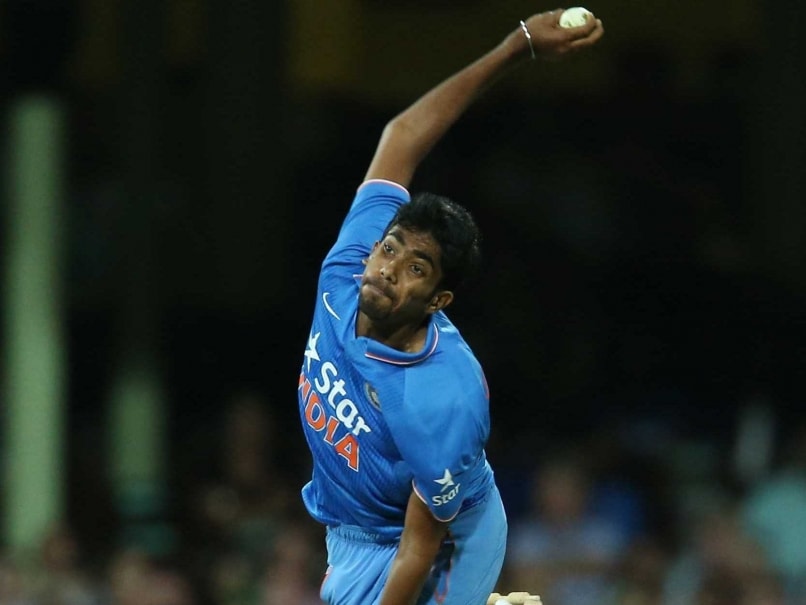 Jasprit Bumrah has played nine Twenty20Is and one ODI for India so far.© AFP
Mirpur:

"Bumrah's action is his main problem. During loading, this kind of action puts enormous strain on the back. This is an injury-prone action. With this kind of action, I don't see him playing 10 years of injury-free international cricket. I may be wrong as I am not an astrologer but that's how I feel," Aaqib said. (India vs Australia: Jasprit Bumrah Impresses on ODI Debut)

Aaqib, who played a lot of cricket with Wasim Akram and Waqar Younis, also feels that Bangladeshi youngsters Taskin Ahmed and Mustafizur Rahaman are "more talented than Bumrah".

"Mustafizur and Taskin are both 20-year-olds and look at their quality. Taskin regularly hits 145 kmph mark and Mustafizur has such amazing variations. Bumrah at best is a fast medium bowler and team expects him to get a wicket or two and hurl a few in the blockhole at the death. Now that will make him a good Twenty20 bowler but beyond that I don't know," Aaqib said.

The 43-year-old Aaqib is also surprised that the likes of Umesh Yadav, Mohammed Shami and Varun Aaron are out because of either inconsistency or injuries.

"India for the first time in their history produced four genuine fast bowlers in Umesh, Aaron, Ishant and Shami. Now where are they? Injury management has always been an issue with bowlers from these parts. Breakdown happens due to lifestyle, wrong training.

"But when I hear that Umesh is inconsistent, I get baffled. I mean if someone has genuine ability to bowl quick, how much time it takes to correct the line and length? At the most three-six months. Not a day more than that if you are sincere and attentive. If anyone tells me that Umesh, if told to land on a particular spot can't do after being told repeatedly, then I think there is some problem with either his intent or his coach's ability to make him understand."

"The best part about Twenty20 cricket is that you can play this format for a long time even if you have aged. What do you need to do in a Twenty20? Just bowl 24 deliveries and field for 16 overs. You don't need any extra-ordinary fitness for playing T20. Ashish has experience and that's helping him. But I believe, he will struggle even in 50 overs leave aside days' cricket," he said.

He is ready to forgive Mohammad Amir but said his stance about corrupt practices remains the same.

Asked if he has forgiven Aamir, Aaqib said: "Forgiving or not forgiving is a different issue. That he has been forgiven is the reason he is again playing the game and people are getting entertained.

"Nothing wrong in that but if someone in future does like what all Amir did, my stance will remain the same as this is bad stuff and we should discourage these things. But I am not stubborn, now that he is back. Okay let's move on and give him a chance."

Aaqib is more unhappy at the thought of what he (Amir) could have achieved in the five years he lost.

"What he showed in the past few matches, I am feeling so bad. In five years, he has missed 200 Test wickets and should have been leading Pakistan attack by now. He will in any case lead Pakistan attack for next 10 years.

"But had he not lost those five years, there was a possibility that he might have surpassed Wasim Akram with his qualities. But if he has been repentant and learnt from his mistakes, hope he will serve Pakistan cricket for long," he concluded.

Comments
Topics mentioned in this article
Jasprit Bumrah Aaqib Javed Pakistan Cricket Team Asia Cup 2016 Cricket
Get the latest updates on ICC T20 Worldcup 2022 and CWG 2022 check out the Schedule, Live Score and Medals Tally. Like us on Facebook or follow us on Twitter for more sports updates. You can also download the NDTV Cricket app for Android or iOS.