The Indian United Arab Emirates players wore black armbands ahead of their Asia Cup game as a tribute to Martin Crowe. 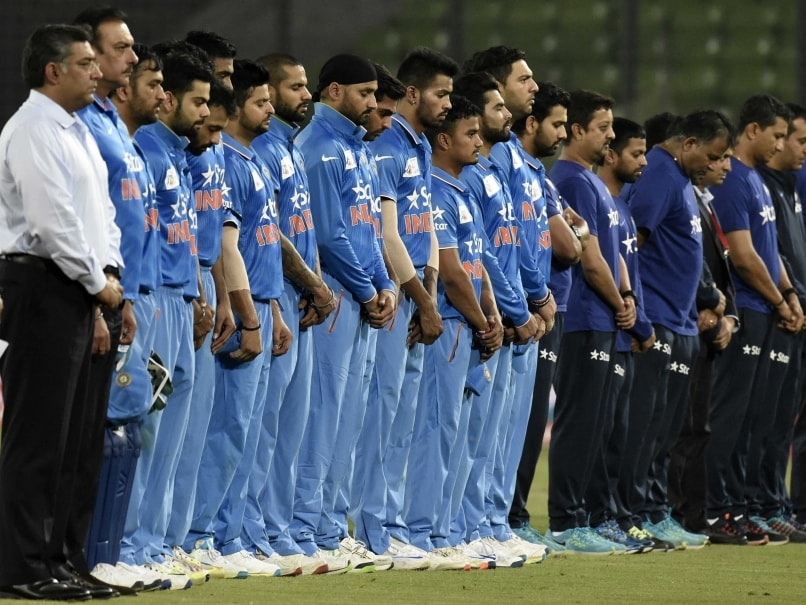 Wearing black armbands, India and United Arab Emirates players observed a minute's silence before the start of their Asia Cup match in memory of former New Zealand captain Martin Crowe, who passed away after a long battle with cancer.Â

The Indian players wore black armbands as a mark of respect. The most moving sight was that of Martin's elder brother and former New Zealand Test player Jeff Crowe, who decided to continue as the ICC match referee for the tournament before leaving for home. (Scorecard | Blog)

A lot of Indian players were seen offering their condolences to Jeff and personally went to have a chat with him.Â (Martin Crowe, New Zealand's Champion Batsman and Twenty20 Cricket's Trailblazer)

The entire cricketing community paid tribute to the departed soul and it was no different here as Pakistan legend Waqar Younis recollected his on-field rivalry with the New Zealand great.

Diagnosed in September 2014 with terminal double-hit lymphoma, a rare form of blood cancer, he passed away in Auckland surrounded by family.

Crowe enjoyed a 13-year international career from 1982-95, including four years as captain.

Comments
Topics mentioned in this article
India Cricket Team United Arab Emirates Asia Cup 2016 Martin David Crowe Cricket
Get the latest updates on ICC T20 Worldcup 2022 and CWG 2022 check out the Schedule, Live Score and Medals Tally. Like us on Facebook or follow us on Twitter for more sports updates. You can also download the NDTV Cricket app for Android or iOS.