Bangladesh vs Pakistan Asia Cup Twenty20 encounter will be a must-win game for both teams, aiming to make it to the final of the continental championship. 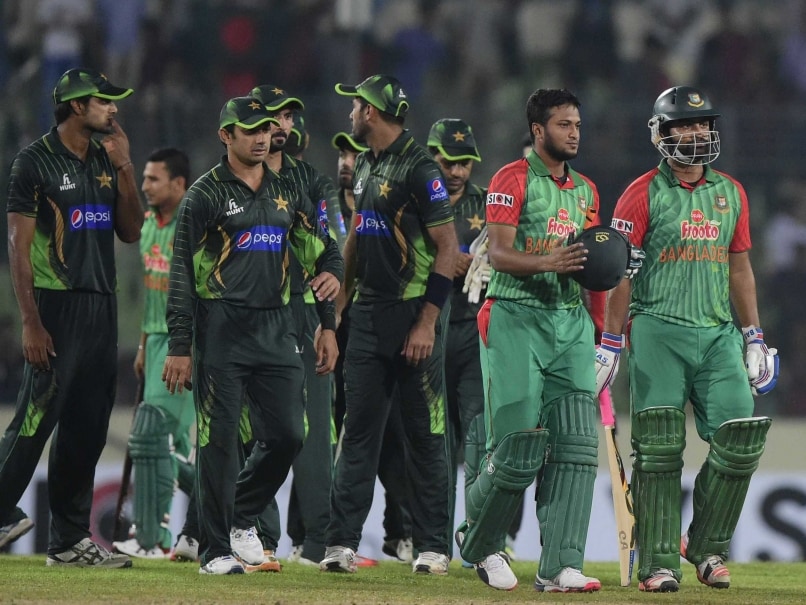 Having registered resounding back-to-back victories, hosts Bangladesh are expected to put up a tough fight against Pakistan despite the absence of their main strike bowler Mustafizur Rahaman in an Asia Cup Twenty20 round robin league encounter on Wednesday. (Malik, Umar Guide Pakistan to Seven-Wicket Win Over UAE)

It will be a must-win game for both teams aiming to make it to the final of the continental championship ahead of the ICC World T20. (Can't Afford to Make Mistakes Against Stronger Teams, Says Afridi)

Especially for Bangladesh, who despite their recent exploits in the ODI circuit, are still not taken very seriously in the shortest format. (Mustafizur Ruled Out of Asia Cup With Side Strain)

For Mashrafe Mortaza and his men, it will be an opportunity to prove their critics wrong and also gain the much-needed confidence required before boarding the flight to India for the global event.

The injury to Mustafizur is something that will be a cause of concern for the home team. Mustafizur's variations would have no doubt troubled the Pakistan batting line-up, which has looked shaky despite their seven-wicket win against United Arab Emirates on Monday.

The presence of the left-arm seamer during the death overs would have increased pressure on the Pakistanis, who have not been at their best in the two matches they played so far.

But the good news for Bangladesh is the return of senior opener Tamim Iqbal, who is back after the birth of his first child.

Tamim would like to give the home team a cracking start something they have lacked in all three matches so far.

On the other hand, Pakistan's batting has been woeful in the first game against India, where they were shot out for a meagre 83 while UAE also gave them a scare blowing away the top order for only 17 runs.

Even Pakistan coach Waqar Younis conceded that he did not know what stopped openers Sharjeel Khan and Mohammed Hafeez from playing fearless cricket.

Comments
Topics mentioned in this article
Pakistan Cricket Team Bangladesh Cricket Team Mustafizur Rahman Asia Cup 2016 Cricket
Get the latest updates on ICC T20 Worldcup 2022 and CWG 2022 check out the Schedule, Live Score and Medals Tally. Like us on Facebook or follow us on Twitter for more sports updates. You can also download the NDTV Cricket app for Android or iOS.