"I Couldn't Look At A Football" After World Cup 2018: Neymar

Neymar seemed in a relaxed mood as he explained his post-World Cup blues. 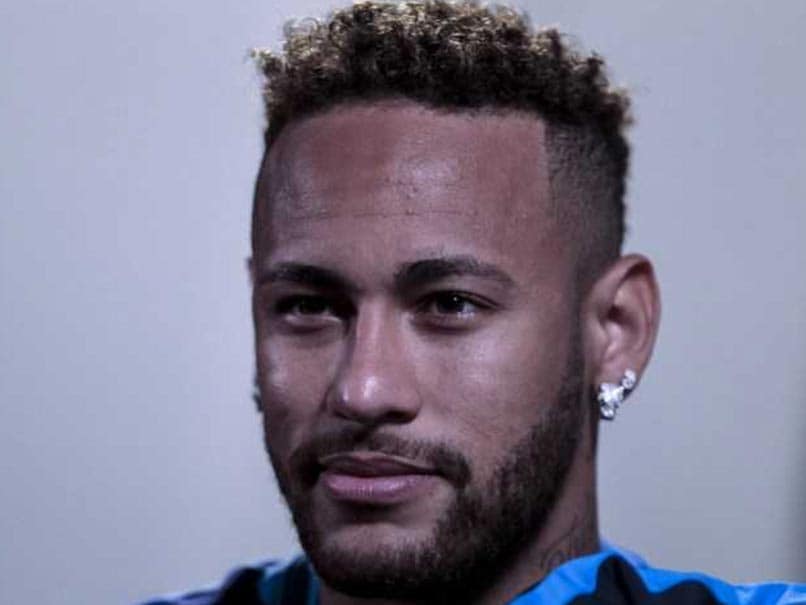 Neymar said he didn't want to see any of the remaining matches after Brazil's World Cup exit.© AFP

Brazil superstar Neymar admitted that after his nation's quarter-final defeat to Belgium at the FIFA World Cup 2018 he couldn't look at a ball and didn't want to see any of the remaining matches. "I wouldn't go as far as to say I didn't want to play again but, I didn't want to see a ball, or to see any more football played," 26-year-old Neymar told AFP in an exclusive interview on Saturday. The Paris Saint-Germain forward was talking at his Neymar Praia Grande institute where the Red Bull Neymar Jr 5's (five-a-side-soccer) tournament was being played.

Dressed in a sleeveless t-shirt, with his six-year-old son Davi Lucca sat upon his knee, the striker was however in a relaxed mood as he explained his post-World Cup blues.

"I was in mourning, I was really sad about it, but sadness passes, I have my son, my family, my friends and they don't want to see me moping around. I've got more reason to be happy than sad," said Neymar, reflecting on his team's 2-1 quarter-final defeat to Belgium.

Asked about reports in Spain linking him with a transfer to Real Madrid the forward said "that's all speculation from the press".

"The guys who come up with these stories seem to know more about my life than I do. I won't respond to this type of question because nothing happened," he scoffed.

The Brazilian superstar, who moved to PSG for a world record 222 million euros (USD 264 million) last year, insists that the burden of expectation on his shoulders -- whether with his club or country -- does not weigh heavily.

"No, all the great players feel pressure," he said.

"It's true that when it comes to me, there are double standards. I have been aware of this responsibility, not only for Brazil, but also in club football, since I was 17, 18 years old.

"I have prepared myself to handle this pressure and I know that when the results are not what they should be then that pressure increases."

Neymar has been hit by a barrage of criticism for theatrical rolling around after being fouled at the World Cup, but says he should have been better protected.

'Criticism of me exaggerated'

"People were faster to criticise the one being fouled than the one doing the fouling," he insisted.

"I went to the World Cup to play, to beat the opposition, not to get kicked. The criticism of me was exaggerated, but I'm a big boy, I'm used to dealing with this kind of thing

"And I can't be the referee and play at the same time, but there are times I wish I could," he said.

Earlier this week, Neymar took a swipe at his critics with a tongue-in-cheek video in which he teaches children how to fall to the ground.

"One, two, three, go!" shouts Neymar on the Instagram video as around a dozen youngsters fall to the ground of a parking lot.

"That's a free-kick!" screams the Brazilian breaking into fits of laughter.

The video was released with a hashtag #ChallengeDAFALTA, the free-kick challenge in Portuguese.

During the recent World Cup, the player's antics sparked the "Neymar Challenge" where he was widely mocked.

In Mexico, a football club even organised a competition in which contestants attempted to roll the entire length of the pitch.

"He's a great coach and we're hoping for a great season," he said.

"I'm really looking forward to it," Neymar said of his second season in Paris.

"We have signed a football legend (Italian goalkeeper Gianluigi Buffon) who will bring with him all his experience and that will be a great help for this coming season."

Paris SG 2018 FIFA World Cup Football
Get the latest updates on ICC Women's Cricket World Cup 2022 and IPL 2022, check out the Schedule , Live Score and IPL Points Table. Like us on Facebook or follow us on Twitter for more sports updates. You can also download the NDTV Cricket app for Android or iOS.