Brazil are ranked second while Belgium are third as per the latest FIFA rankings. 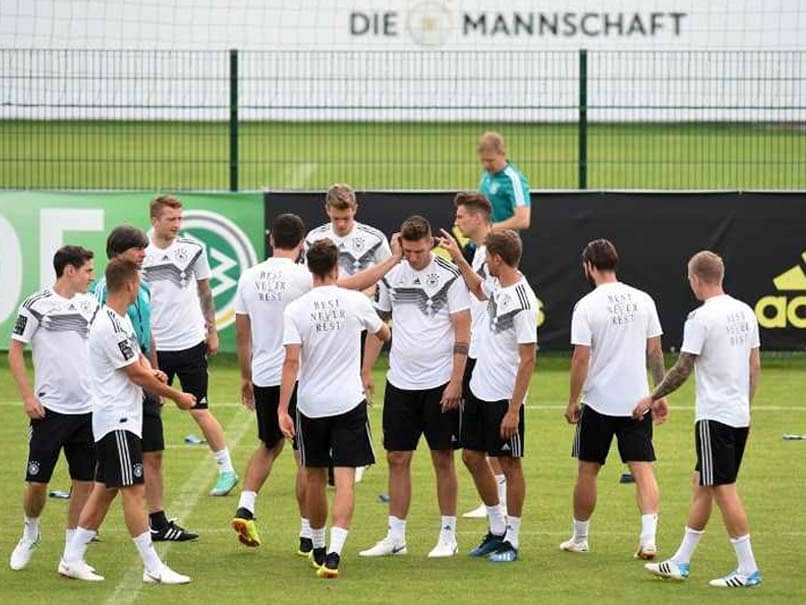 Defending champions Germany appear to be the best squad on paper.© AFP

Defending champions Germany will go as the number one team to the World Cup 2018 in Russia sitting atop the newly released FIFA world ranking on Thursday. Germany appear to be the best squad on paper after their talismanic goalkeeper Manuel Neuer, a key player in their 2014 victory, returned to action after a long absence through injury. Meanwhile, India, who are preparing for the upcoming AFC Asian Cup 2019 in January, retained their 97th spot. Stephen Constantine's men are just two points behind 96th ranked Georgia. Since the last ranking were released, India have played two international matches against Chinese Taipei and Kenya in the ongoing Intercontinental Cup in Mumbai and have won both of them 5-0 and 3-0 respectively. They will face New Zealand in their final league match on Thursday.

World Cup hosts Russia slid to 70th position after a seven-game winless streak. They kick off the quadrennial tournament against Saudi Arabia on June 14.

Overall, there are only two changes in the top 10 ranked teams in the world. Poland have moved up two places to reach the eighth position while Spain have dropped to the 10th position.

India 2018 FIFA World Cup Football
Get the latest updates on IPL 2021, IPL Points Table , IPL Schedule 2021 , live score . Like us on Facebook or follow us on Twitter for more sports updates. You can also download the NDTV Cricket app for Android or iOS.