Japan advanced to a last-16 tie against Belgium as Akira Nishino's team received two fewer bookings across their three group games than the six picked up by Senegal. 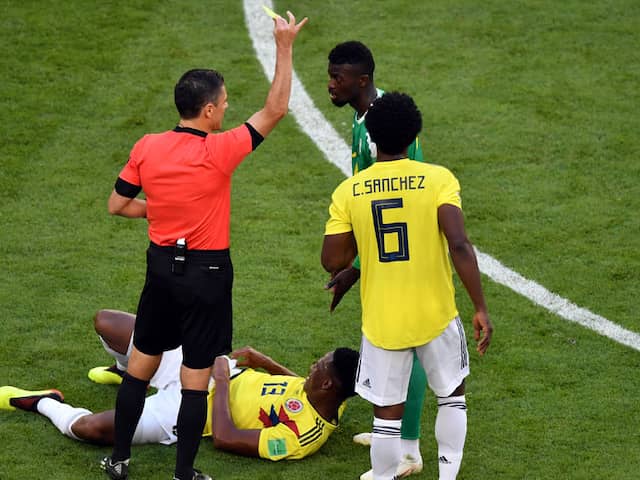 FIFA said it had no plans to change its fair play criteria that allowed Japan to qualify for the last 16 of the World Cup at the expense of Senegal in controversial circumstances. Japan and Senegal were both locked on four points in Group H with identical goal differences and the same number of goals scored, but the Asian side went through to the next round on Thursday after collecting fewer yellow cards in the group stage. In a farcical end to Japan's 1-0 loss to Poland, the Japanese players slowed to walking pace and hardly a single tackle was made. Both teams were booed from the pitch in Volgograd. It sparked comparisons with the infamous 1982 World Cup match between West Germany and Austria, where both teams played out a mutually beneficial 1-0 win for the Germans.

"This is the first time (the fair play rule) has been used in a senior World Cup in this way. Obviously what we want to avoid is the drawing of lots," Colin Smith, FIFA's chief tournament and event officer, said Friday.

"We believe teams should go forward on their performance and what happens on the pitch, not what happens in a draw pool.

"This criteria was introduced to provide one more criteria before we would have to revert to the drawing of lots."

Japan advanced to a last-16 tie against Belgium as Akira Nishino's team received two fewer bookings across their three group games than the six picked up by Senegal.

"We will review after this World Cup," Smith added. "We will see what the feedback is, what the situation is but as it currently stands we don't see any need to change the rule that's been put in place."

Senegal Senegal vs Colombia, Match 46 Japan vs Poland, Match 45 Football
Get the latest Cricket news, check out the India cricket schedule, Cricket live score . Like us on Facebook or follow us on Twitter for more sports updates. You can also download the NDTV Cricket app for Android or iOS.