With the FIFA World Cup Round of 16 decided, here is a look at who plays whom. 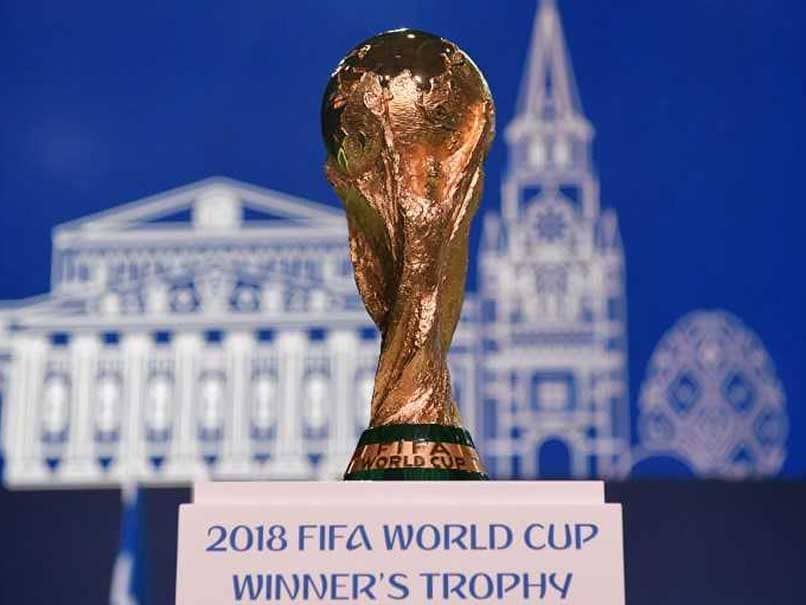 Hosts Russia are the lowest-ranked team in World Cup 2018.© AFP

The FIFA World Cup 2018 Round of 16 line-up has been decided and barring Germany, almost all the teams expected to qualify have reached the knockout stage of the tournament. The pre-quarter-final showdowns have also thrown up some very interesting face-offs, with Argentina taking on France.

Here is a look at the match-ups and where they will be played.

Here is a graphic representation of all the games: 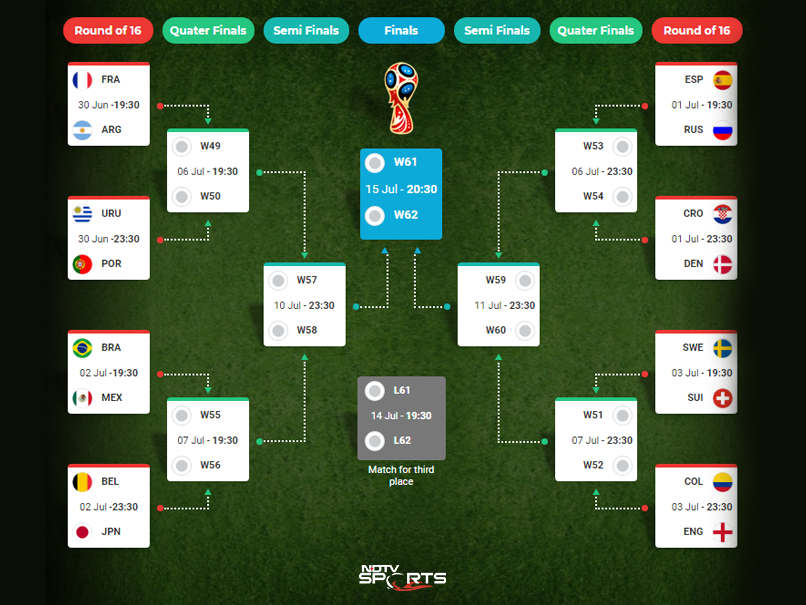 Argentina vs France: This is arguably the biggest face-off at this stage. Lionel Messi and Argentina would be hoping that France's less-than-daunting show in the group stages continues as the two sides meet at the Kazan Arena.

Uruguay vs Portugal: Cristiano Ronaldo began with a bang in the group stage but seemed to have run out of steam a bit towards the end. However, this too will be a high-power contest at the Fisht Stadium as the Latin Americans have shown fine form.

Spain vs Russia: Hosts Russia, the lowest-ranked team in World Cup 2018, will be hard-pressed to stave off Spain, who look as good as anyone else, at the Luzhniki Stadium in Moscow.

Croatia vs Denmark: Croatia should have the upper hand in the European contest since Denmark have just about done enough to be in the knockout stages. This match will be played at the Nizhy Novgorod Stadium.

Brazil vs Mexico: The South American clash of giants will really be the other match to watch out for, as Neymar and Brazil look to add to Mexico's miseries after their big loss to Swe3den in the last group game. The contest is at the Samara Arena.

Belgium vs Japan: Belgium won't be complaining as they take on Japan, who have surprised everyone by making it to the Round of 16. The last Asian representatives will take on a powerful Belgian side at the Rostov Arena.

Sweden vs Switzerland: There is little to choose from among these two sides, which makes for a riveting contest. The Swiss had held Brazil while the Swedes hammered Mexico, so both have the skills to advance as they meet at the St. Petersburg Stadium.

Colombia vs England: This is one of the most intriguing contests, as Colombia have been as good as anyone in the group stages while England have conceded goals in every game. One to watch out for at the Spartak Stadium.

Lionel Messi 2018 FIFA World Cup Football
Get the latest updates on IPL 2021, IPL Points Table , IPL Schedule 2021 , live score . Like us on Facebook or follow us on Twitter for more sports updates. You can also download the NDTV Cricket app for Android or iOS.