2018 World Cup: FIFA rules stipulate injured players can be replaced up to 24 hours before a nation's first group phase game. 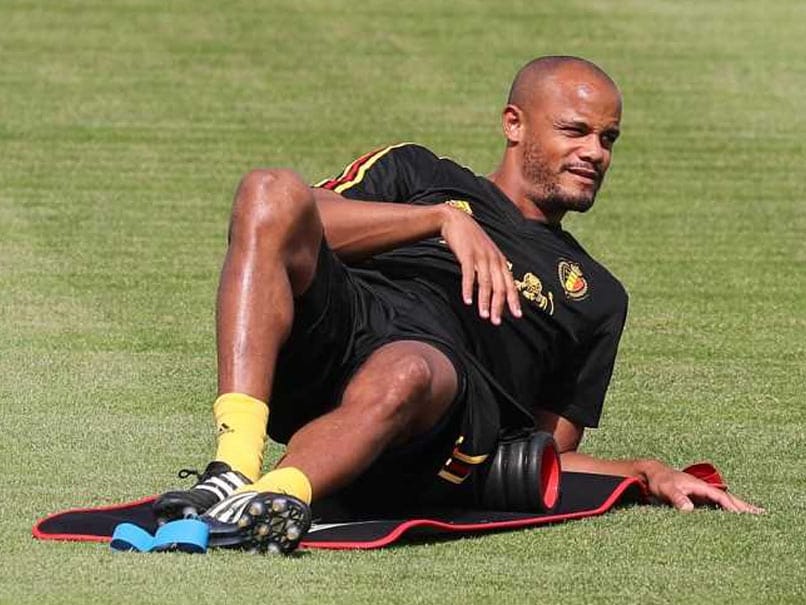 2018 World Cup: Vincent Kompany has been included in the Belgium squad despite carrying an injury.© AFP

Belgium coach Roberto Martinez delivered a 24-man FIFA World Cup squad on Monday with his iconic but often injured captain Vincent Kompany on the roster, accompanied by a potential replacement. The Manchester City central defender picked up an injury in a 2018 World Cup friendly with Portugal on Saturday and FIFA rules stipulate injured players can be replaced up to 24 hours before a nation's first group phase game. Belgium play a Group A game with Panama on June 18 in Sochi. If Kompany is unfit Martinez will drop him in favour of Laurent Ciman, who plays for Los Angeles in the MLS.

"We are doing everything to give Vincent his chance but one thing is clear, if he's not fit in time he's not going to the World Cup," said Belgium's Spanish coach Roberto Martinez.

Martinez proved his ruthless streak by earlier leaving Radja Nainggolan out of the 27-man provisional squad after a series of run ins with the Roma midfielder, including missing training.

The surprise inclusion on the list is Adnan Januzaj, a midfielder formerly of Manchester United, who plays for Real Sociedad in Spain.

Vincent Kompany 2018 FIFA World Cup Football
Get the latest updates on IPL Auction 2023 and check out  IPL 2023 and Live Cricket Score. Like us on Facebook or follow us on Twitter for more sports updates. You can also download the NDTV Cricket app for Android or iOS.