2018 World Cup, Group F, Profile: Germany Will Leave Three Others In A Tough Fight On Cards For 2nd Place

With Germany firm favourites to top the group, Mexico, Sweden and South Korea will be in a stiff fight for the 2nd spot. 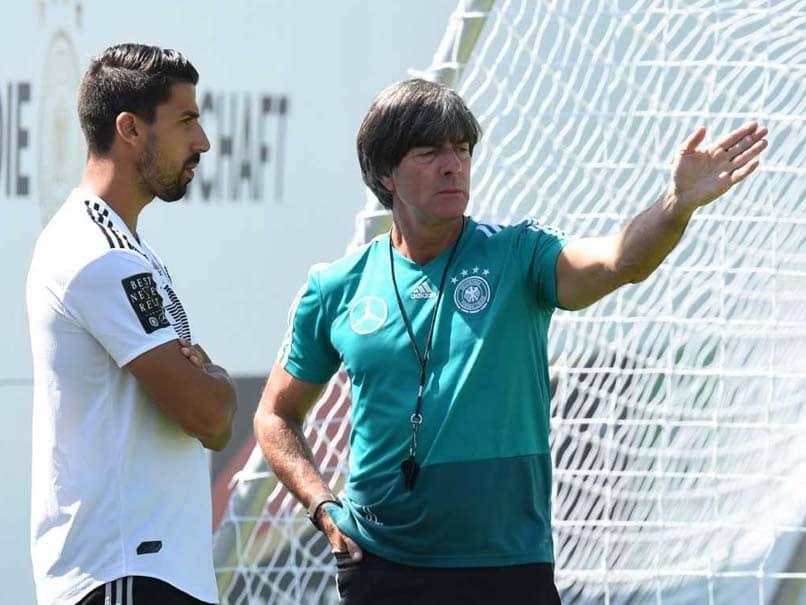 Mexico, Sweden and South Korea are the other teams in the group with Germany© AFP

Defending FIFA World Cup champions Germany will be the front-runners for the top spot in Group F but the fight for second place throws up some interesting clashes. Mexico, Sweden and South Korea are the other teams in the group. While Mexico and Sweden are expected to battle it out for the other qualifying spot behind Germany, South Korea are the dark horses of the group. Joachim Loew's men will be aiming to become the first team to successfully defend the title since Brazil's exploits in 1962.

Germany's squad depth is their biggest strength with world class replacements available in almost all positions. Mario Goetze, the scorer of the winning goal against Argentina in the 2014 World Cup final, has not even made it to the squad.

However, Germany would be sweating over the fitness of their star goalkeeper Manuel Neuer. The Bayern Munich keeper was sidelined for eight months by a fractured foot but made his comeback in Germany's 1-2 loss to Austria in a 2018 World Cup friendly on June 2.
But the Germans have a world-class backup in Barcelona's Marc-Andre ter Stegen, such is the depth of the squad.

Mexico will be strong favourites for second place behind Germany. The Mexicans qualified for the World Cup in Russia by finishing top of the qualification standings in CONCACAF region.

Such was the domination in the qualification stage that a 1-0 win over Panama secured Mexico's qualification with three matches remaining.

The Mexicans, however, will not have it easy with Sweden on high spirits, having qualified for the 2018 World Cup by dramatically knocking out four-time champions Italy in a playoff match.

The South Koreans, meanwhile, have made little impression on the World Cup finals apart from reaching the semi-final stage as co-hosts in 2002.

Barring Son Heung-min (Tottenham Hotspur), Hwang Hee-chan (FC Red Bull Salzburg) and Ki Sung-Yeung (Swansea City), most of the other members of the South Korean squad apply their trade either at home or in China and Japan.

South Korea's opening match against Sweden on June 18 could be crucial to their hopes of finishing second. But the second-placed team in Group F face the risk of facing Brazil in the Round of 16.

Sweden had also gotten the better of one of the World Cup favourites France in the qualification stage.

The Swedes will be making their first World Cup appearance since 2006 after missing out on the 2010 and 2014 tournaments but will be without their talismanic striker Zlatan Ibrahimovic, who retired from international football after Euro 2016.

Sweden 2018 FIFA World Cup Football
Get the latest updates on India vs England Series, India vs England , live score and IPL 2021 Auction . Like us on Facebook or follow us on Twitter for more sports updates. You can also download the NDTV Cricket app for Android or iOS.