Germany qualified for Russia with a perfect record of ten wins, but Hummels said the last time the team played well was when they wrapped up qualification late last year. 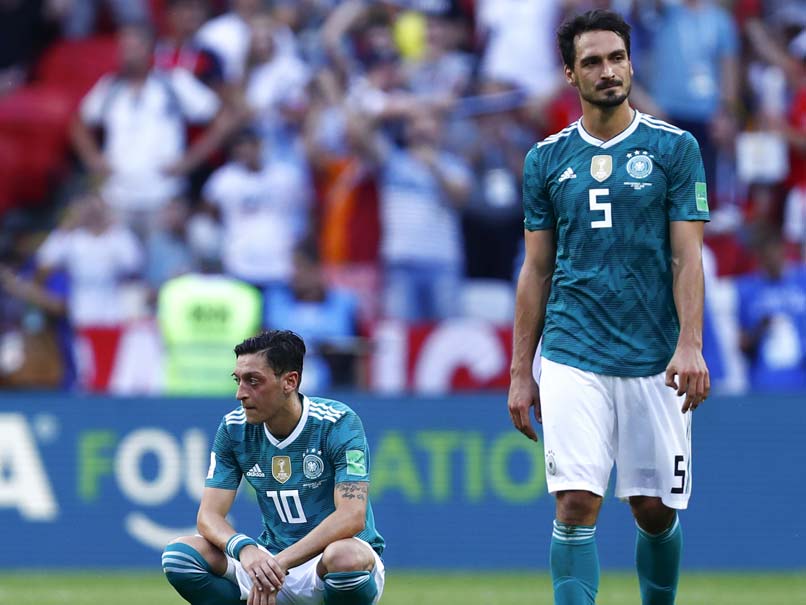 Defender Mats Hummels on Wednesday said defending champions Germany's group stage exit from the World Cup finals for the first time since 1938 was a "bitter" shock for the team. The Germans' 2-0 defeat to South Korea in Kazan on Wednesday means they finished bottom of Group F and sends Joachim Loew's side home after two defeats and a single victory. "It is a really, really bitter evening for us," admitted Hummels, who squandered a late chance when he headed over. "The situation is very difficult to put into words," he told ZDF.

"We did not put the ball in the net, even though we had plenty of opportunities, including myself in the 86th minute -- I have to score from chances like that.

"It is a very bitter evening for us and for all German football fans.

"We believed in it until the very end, we tried to shoot, but we just couldn't get the ball in.

"We had plenty of opportunities, we broke our necks trying out there today."

Germany qualified for Russia with a perfect record of ten wins, but Hummels said the last time the team played well was when they wrapped up qualification late last year.

"We put ourselves in this situation after the Mexican game," he admitted after the Germans lost their opener 1-0 to Mexico.

"The last game we delivered a good performance was in the autumn of 2017."

Germanycoach Joachim Loew had caused a surprise by leaving midfield attacking stalwart Thomas Mueller on the bench for the first time since 2012 after his underwhelming displays against Mexico and Sweden. But by the end of a frustrating opening half, Loew was left desperately studying his options.

Korea Republic Mats Hummels 2018 FIFA World Cup Korea Republic vs Germany, Match 41 Football
Get the latest updates on ICC Women's Cricket World Cup 2022 and IPL 2022, check out the Schedule , Live Score and IPL Points Table. Like us on Facebook or follow us on Twitter for more sports updates. You can also download the NDTV Cricket app for Android or iOS.