The sold-out game in Jerusalem that had been due to take place on Saturday was hotly opposed by Palestinians. 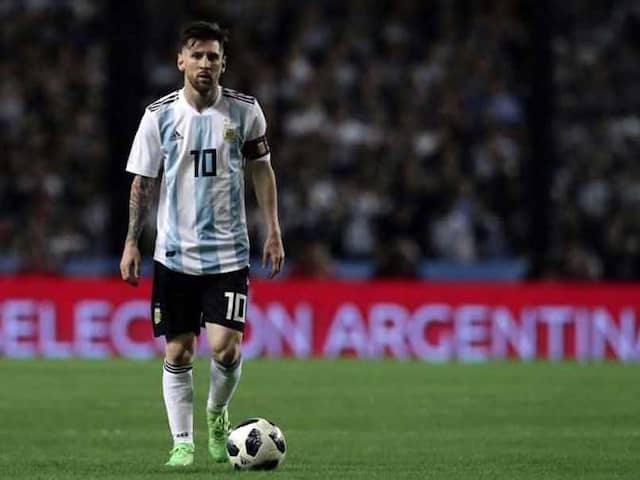 Argentina's national football team wants to quickly forget a diplomatic controversy sparked by the cancellation of a planned friendly against Israel in Jerusalem and focus on its World Cup preparations, the country's football federation said Wednesday. "Argentina is seven days from the World Cup. We want to focus on what is really important and which is before us," a federation spokesman told news agency AFP in Barcelona, where the national team has been training ahead of the start of the tournament in Russia on June 14.

The Argentina squad trained on Wednesday morning at FC Barcelona's training ground, just a few hours after the friendly match was called off. No player of Argentina football federation official spoke to the media.

The sold-out game in Jerusalem that had been due to take place on Saturday was hotly opposed by Palestinians, who claim the eastern part of the city, annexed by Israel, as the capital of their future state.

Pro-Palestinian activists staged a demonstration on Tuesday in front of the sports complex where Lionel Messi and the rest of the Argentina squad are preparing. Some waved jerseys of the Argentina's national team stained with fake blood.

The group which organised the protest, and which planned to demonstrate again outside of the Barcelona hotel where the Argentine squad is staying, said the cancellation of the match was a "gesture of empathy with the Palestinian people".

"We will remember the Argentine team and Messi because they said 'Not in our name'," the group added on Facebook.

William Jensen, 34, who came to the training ground to cheer on the Argentine squad also welcomed the decision.

"It is good that football does not hide the conflict between Palestine and Israel. Argentina can organise a match here in Barcelona against any other team," he told AFP.

Roberto Piparola, a 50-year-old Argentine who lives in Barcelona, shared this view.

"With all the indignation it aroused, I prefer that we take care of the players, that they don't go to a conflict zone," he said.