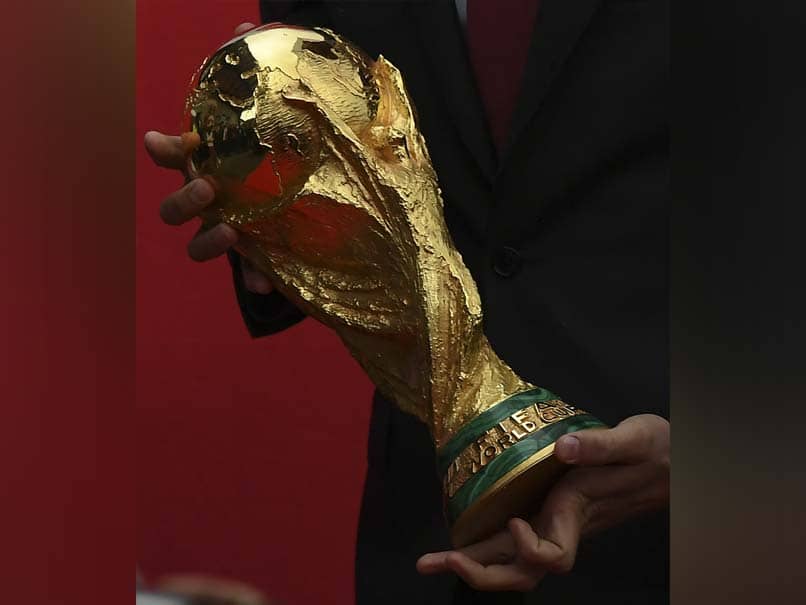 The stage is set for the world's biggest footballing spectacle, the FIFA 2018 World Cup in Russia from June 14 to July 15. Russia host the 2018 edition of football's flagship event. The hosts are placed alongside Saudi Arabia, Egypt and Uruguay in Group A. The Sbornaya - as the Russian national team are known - have been favoured by being drawn in what is perhaps the World Cup's weakest group. Their tournament opener is against 67th ranked Saudi Arabia on June 14 and will be followed by a clash with Egypt, who will play in only their third World Cup.

Football's showpiece returned to Brazil but the host nation suffered one of the greatest humiliations in its illustrious World Cup history as they were thrashed 7-1 by Germany in the semi-finals. The team's new star Neymar was missing after being injured in their quarter-final win over Colombia, but nothing could erase the embarrassment of that day in Belo Horizonte which was Brazil's worst defeat in 100 years of competitive football. In the final, Germany met Lionel Messi's Argentina in Rio de Janeiro. The Argentines had overcome the Netherlands on penalties in the last four. A tense, closely-matched final was decided by Mario Goetze's goal in extra time as the Germans became world champions for the fourth time.

The first finals on African soil were full of colour and noise -- the drone of vuvuzelas was the soundtrack of the tournament -- but the football often failed to match up to the backdrop. Six African nations took part but only Ghana survived the group stages, going on to the quarter-finals where they lost to Uruguay on penalties. South Africa started brightly but became the first hosts to be eliminated in the first round.
Spain, and their talented generation that had won the 2008 European crown, won the World Cup for the first time thanks to an extra-time goal from Andres Iniesta in the final against the Netherlands. It was Spain's fourth successive 1-0 win after beating Portugal, Paraguay and Germany by the same score en route to the final.

The World Cup finals returned to Germany after a 32-year absence and were widely acclaimed as a triumph for the host nation, sparking a huge upsurge in national pride. The final though was scarred by a Zinedine Zidane headbutt. The tournament heralded a return to prominence for the European super-powers, with all four semi-finalists hailing from Europe for the first time since 1982 after Brazil and Argentina went out in the quarter-finals.
Argentina captured the imagination with a peerless 6-0 thrashing of Serbia and Montenegro in the group phase but they were sent packing after a penalty shootout defeat to the hosts.

Pre-tournament favourites Brazil, meanwhile, fell to a resurgent France. Germany's crowd-pleasing run came to an end in a 2-0 semi-final defeat to Italy, while a Zidane penalty allowed a much-maligned France to overcome Portugal. Marcello Lippi's Italy won the final -- their fourth success -- on penalties, with left-back Fabio Grosso sweeping home the decisive spot-kick after the game ended 1-1. The abiding image of the final, however, was Zidane's scarcely believable headbutt on Italy goalscorer Marco Materazzi and a red card in his last ever match.

The 2002 finals were the first ever to be staged outside Europe or the Americas and the first in Asia as South Korea and Japan co-hosted. The build-up was dominated by fears over security following the September 11, 2001 attacks on New York City and Washington, and anti-aircraft missile batteries were deployed around the new stadia. In the event, the tournament passed off peacefully and the only shocks were on the field. Upsets were to prove the hallmark of the tournament from the outset, when World Cup debutants Senegal beat holders France with a 1-0 win in the opening match in Seoul.

France's demise was one of the most striking surprises of the finals. They failed to score a goal and managed only a draw and two defeats to crash out miserably in the first round, the worst performance by any defending champion. But the most notable outsiders were hosts South Korea, who recorded wins over Portugal, Italy and Spain before bowing out in the last four to Germany.

Two of the World Cup's greatest powers -- Brazil and Germany -- met in the final in Yokohama. Ronaldo, fit again after his 1998 nightmare, scored both goals as Brazil clinched a record fifth crown.

The 1998 finals were increased to 32 teams and host nation France lifted the trophy, Aime Jacquet's side gathered unstoppable momentum as the tournament progressed before defeating Brazil 3-0 in a one-sided final at the gleaming new 80,000-seat Stade de France. The star of the show was Zinedine Zidane, who bounced back from the shame of a red card against Saudi Arabia early in the competition to score two goals in the final.

Brazil's campaign ended in mysterious circumstances, with star player Ronaldo excluded from the team-sheet for the final. Minutes before kick-off however, Ronaldo was back in. It later emerged the player had had a fit in his hotel room a few hours before the final, leading many to question why he had been allowed to play.

Despite the USA's lack of football pedigree, massive crowds greeted the 1994 finals and Brazil claimed their record fourth World Cup title. Coach Carlos Alberto Parreira married discipline with the abundant Brazilian flair, and in Romario had the deadliest striker in the tournament. Diego Maradona and Andres Escobar grabbed the early headlines. Maradona scored an outstanding goal against Greece, memorably screaming into a TV camera in celebration, before failing a dope test and being slung out of the tournament. Escobar scored an own goal for Colombia against the USA and was later shot dead in his homeland.

Roberto Baggio proved Italy's hero as they marched to the final, saving their skin against impressive Nigeria in the second round and grabbing the winner in the quarter-finals against Spain. Two more goals saw off a surprising Bulgaria in the semis, but the cruellest of twists awaited him in the final.

Brazil cruised through until a thrilling 3-2 quarter-final win over the Netherlands put them into a semi-final clash with surprise package Sweden, where Romario's expert finish nicked victory.

The disappointing final was the first decided by a shootout, and Baggio blasted over the bar to hand Brazil victory.

Russia
Get the latest updates on India vs England Series, India vs England , live score and IPL 2021 Auction . Like us on Facebook or follow us on Twitter for more sports updates. You can also download the NDTV Cricket app for Android or iOS.