Jimmy Durmaz, who was born in Sweden to Assyrian parents who emigrated from Turkey, said his family and children had also been threatened. 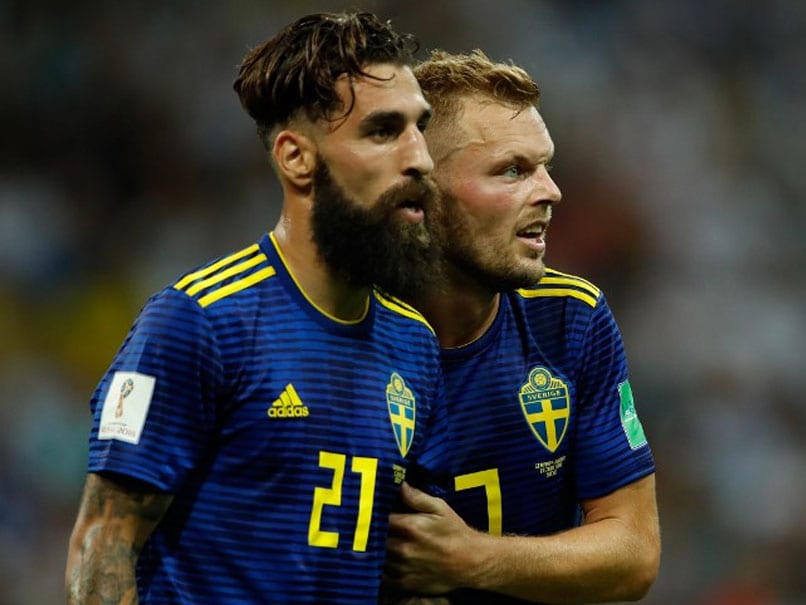 Sweden's Jimmy Durmaz has denounced as "unacceptable" messages of racial hatred and even death threats after he gave away the foul that led to Toni Kroos's late winner for Germany at the World Cup. Abusive comments on the 29-year-old substitute's Instagram account poured in after Germany won 2-1 in the 95th minute in Sochi on Saturday. "I can be criticised for my performance... but there is a line, and that line was crossed yesterday," Durmaz said in a statement he read out to reporters at the team's Black Sea coast base in Gelendzhik on Sunday.

"When you threaten me, when you call me a "blatte" (a pejorative word for a dark-skinned foreigner), an 'Arab devil', a 'terrorist', 'Taliban', then you have gone far beyond the limit," he said.

Durmaz, who was born in Sweden to Assyrian parents who emigrated from Turkey, said his family and children had also been threatened.

"Who the hell does such things? It is completely unacceptable," he said.

"I am Swedish and am proud to play for Sweden. I will never let any racists destroy that pride. We must disregard all forms of racism".

"No shadow falls over Jimmy, there is nothing bad to say about him. People can't blame one person. You win as a team and you lose as a team," midfielder Albin Ekdal told the daily Aftonbladet.

"He ran and fought the entire time. It's bad luck. It's completely idiotic to give him hatred because of it," striker John Guidetti said.

The abuse was met with outrage from observers and Durmaz's fans.

"Crazy people openly raging with racism against Jimmy Durmaz after a football match unfortunately says too much about the world we live in," Swedish sports journalist Patrick Ekwall tweeted on Sunday.

Sweden face Mexico in Yekaterinburg on Wednesday, with the chance to progress to the knockout rounds.

Germany Jimmy Durmaz Football 2018 FIFA World Cup Germany vs Sweden, Match 29
Get the latest updates on ICC T20 Worldcup 2022, check out the Schedule and Live Score. Like us on Facebook or follow us on Twitter for more sports updates. You can also download the NDTV Cricket app for Android or iOS.