Neymar received the support of his Brazil teammate Fagner after his tears at the end of their World Cup win over Costa Rica and subsequent criticism at home. 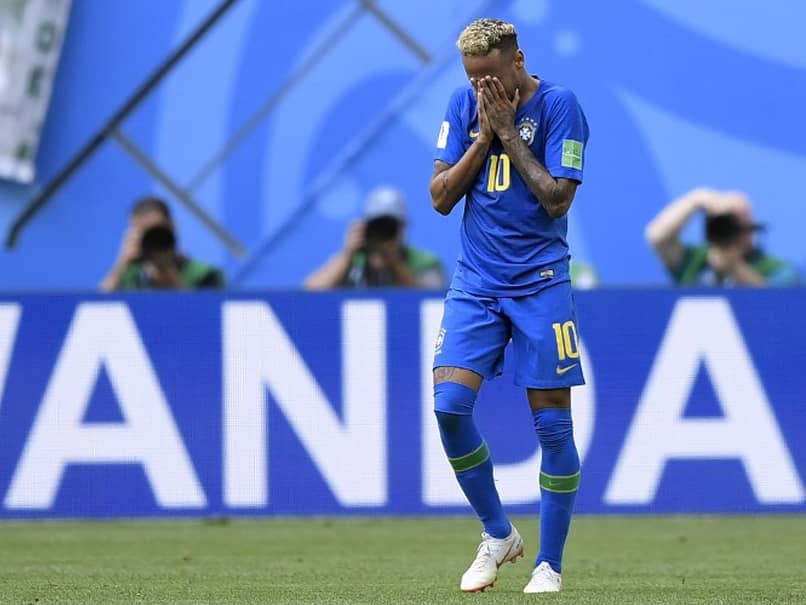 Neymar scored for Brazil in a match against Costa Rica in added time.© AFP

Neymar received the support of his Brazil teammate Fagner on Sunday after his tears at the end of their World Cup win over Costa Rica and subsequent criticism at home. The world's most expensive player scored the second goal in the 2-0 victory over Costa Rica in Saint Petersburg on Friday that edged Tite's side closer to qualifying for the last 16. "Not everybody knows what I went through to get here," Neymar said in an Instagram post after the match. "My tears were of happiness, overcoming, because of my determination and will to win. "In my life things have never been easy, so why would they be now?"

But he has come in for criticism for his behaviour during the game at what he perceived to be rough treatment from the opposition, as well for breaking down in tears at full-time.

"Every player is a human being so has feelings and is entitled to feel upset," said Fagner at the Brazil team's training base in the Black Sea resort of Sochi.

"I believe the whole squad is with him and will support him. He is experienced and will come through this to keep giving his best for the national team."

Neymar has huge pressure on his shoulders to deliver despite only returning from injury in the run-up to the World Cup.

The 26-year-old Paris Saint-Germain forward had surgery on a foot fracture at the start of March and did not play again until Brazil's 2-0 friendly win over Croatia three weeks ago, when he came off the bench to score.

"I can imagine what Neymar has gone through. I wasn't sure I would be able to be here," said Fagner, the Corinthians right-back who was named in the squad after Daniel Alves was forced to miss out due to a knee injury.

He had been an injury concern himself but recovered and played against Costa Rica after Danilo was ruled out.

"His was to have an outpouring of emotion. I was very emotional and happy to be able to play for 90 minutes without any problems, because 54 days ago I was at risk of not making it due to injury.

"We all know what we have had to go through to be here. I think he was playing it all back like a film in his mind, at scoring a goal and taking part in another World Cup."

Fagner will hope to keep his place when Brazil take on Serbia in Moscow on Wednesday, needing just a point to secure a place in the last 16 from Group E and a win to be sure of finishing top.

However, Douglas Costa will miss the game, having suffered a thigh injury after coming off the bench against Costa Rica.

Costa Rica Neymar 2018 FIFA World Cup Football Brazil vs Costa Rica, Match 24
Get the latest updates on India vs England Series, India vs England , live score and IPL 2021 Auction . Like us on Facebook or follow us on Twitter for more sports updates. You can also download the NDTV Cricket app for Android or iOS.