Captain Hugo Lloris will make his 100th appearance for France when they face Peru on June 21. 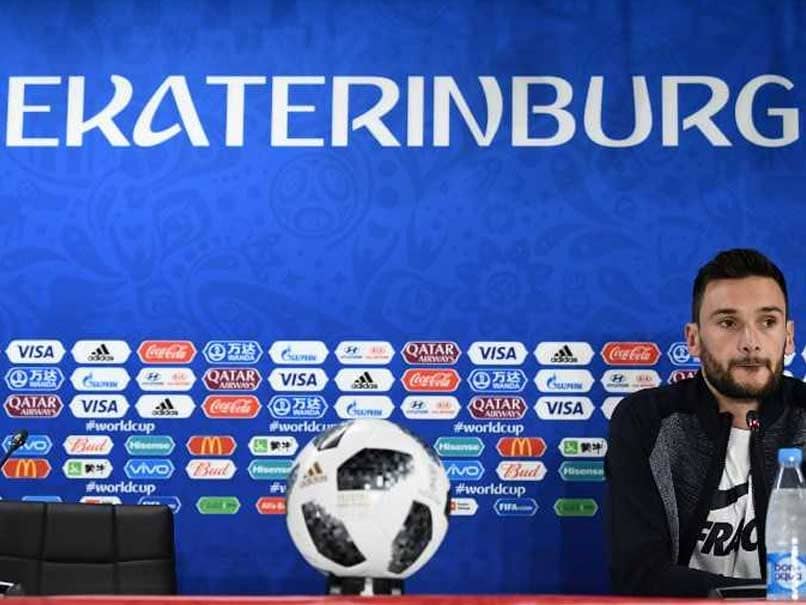 France are one of the favourites to win the FIFA World Cup 2018.© AFP

France captain Hugo Lloris said that reaching a landmark 100 appearances for France will mean nothing if they fail to beat Peru in their FIFA World Cup clash on Thursday. The 31-year-old Tottenham Hotspur goalkeeper will make a piece of personal history in Yekaterinburg's Group C encounter, barring any last-minute injury. A successive victory in Russia will effectively put the French into the knockout phase, but Lloris and manager Didier Deschamps know the team will have to play a lot better than they did in squeezing past Australia 2-1 in their tournament opener.

"It is great personal pride to reach this symbolic number but today I must say that it is secondary," said the stopper, speaking to the media on Wednesday.

"We are in the midst of the World Cup and when you have the taste of it you know that you cannot find it elsewhere and have to enjoy it.

"The best way to enjoy it is to keep winning and that is important too for the dynamics of the team."

France, one of the favourites to win the World Cup, laboured against Australia on Saturday, needing an Antoine Griezmann penalty and own goal 10 minutes from time to grab a vital three points.

"I have played a World Cup before so felt the pressure before, maybe that is different to my team-mates, but we hope to play better and if we do not raise our levels against Peru we will have problems."

Peru were unfortunate to lose 1-0 to Denmark in their first game, missing several chances and a penalty.

Lloris looks certain to face striker Paolo Guerrero, Peru's talisman who won a late reprieve to play in Russia after his drugs ban was overturned.

The 34-year-old, who was surprisingly a substitute against Denmark, says he accidentally ingested cocaine in tea.

Lloris -- along with the captains of Australia and Denmark -- had voiced support for Guerrero in a letter to FIFA in a bid to save the forward's World Cup.

Asked why he spoke up for Guerrero, Lloris said: "Playing in a World Cup is unique, a very special moment in a career, and this is the case for him.

"It was only an act of solidarity towards another player who was punished but who did not try to cheat or boost his performance."

Peru 2018 FIFA World Cup Football France vs Peru, Match 22
Get the latest updates on India vs Australia Series, check out the India vs Australia Schedule for 2020-21 and Ind vs Aus live score . Like us on Facebook or follow us on Twitter for more sports updates. You can also download the NDTV Cricket app for Android or iOS.