In 2011, Beiranvand made his professional debut as a keeper for the Iranian team Naft Tehran, and has since grown into one of the country's star athletes. 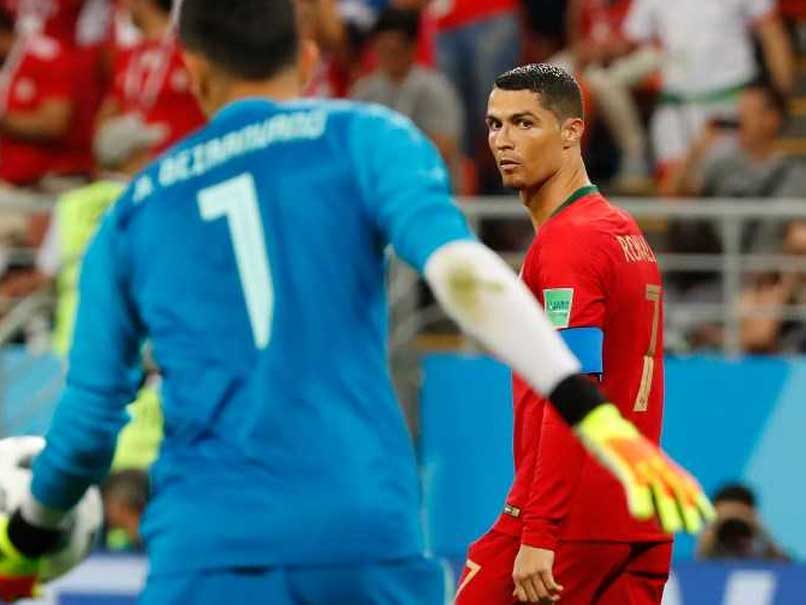 Beiranvand borrowed money from a relative and ran away to Tehran, Iran's capital.© AFP

The world was watching Portugal forward Cristiano Ronaldo when he ran to take a penalty kick against Iran in the 51st minute of Monday's World Cup game. But it was 25-year-old Alireza Beiranvand who stole the show. That the Iranian goalkeeper blocked a goal from the man often described as the "Penalty King" is enough to capture the attention of international audiences, but it is the story of how this lanky, 6-foot-5 keeper got to that moment that has firmly secured him a spot in World Cup history. Beiranvand, who is playing in his first World Cup, was born to a nomad family in a rural province of western Iran. He found free time while working as a shepherd to play soccer, joining a local team in the village of Sarab-e Yas when he was 12, the Guardian reported.

When his father objected to him pursuing the sport professionally, Beiranvand borrowed money from a relative and ran away to Tehran, Iran's capital. Arriving with neither money nor accommodation, the young player set up camp outside the football club where he trained.

"I slept by the club's door and when I got up in the morning I noticed the coins that people had dropped for me," he told the Guardian. "They had thought I was a beggar! Well, I had a delicious breakfast for the first time in a long while."

He was eventually allowed to train with a team full-time. But even then, the Iranian keeper had to take on jobs at a dressmaking factory, carwash and pizza shop to make ends meet, slipping in and out of homelessness.

In 2011, Beiranvand made his professional debut as a keeper for the Iranian team Naft Tehran, and has since grown into one of the country's star athletes. In 2014, he was tapped to join a training camp for Iran's national football team, after which he developed a small following for his strong arm. In a November game against Iranian club Tractor Sazi, Beiranvand threw the ball nearly 230 feet into the opponent's half, allowing a Naft teammate to score a crucial goal. Two years later, Beiranvand was recruited by one of the biggest clubs in Asia, Persepolis Football Club, and quickly became its highest-valued player at more than $1 million. Most recently, he replaced longtime national goalkeeper Alireza Haghighi in the team's starting lineup.

So even though Iran's 2018 World Cup aspirations came to an end with the 1-1 draw to Portugal yesterday, Beiranvand and the path he took to the world stage has still left many Iranians feeling like they are going home with a champion.

Cristiano Ronaldo Football 2018 FIFA World Cup IR Iran vs Portugal, Match 36
Get the latest updates on India vs England Series, India vs England , live score and IPL 2021 Auction . Like us on Facebook or follow us on Twitter for more sports updates. You can also download the NDTV Cricket app for Android or iOS.