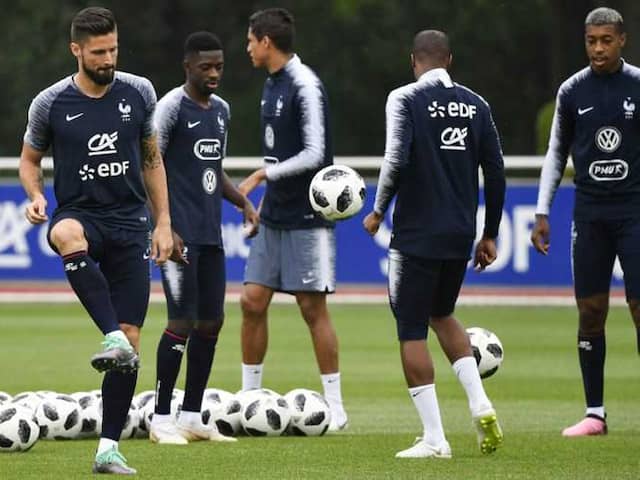 French President Emmanuel Macaron convened with the national football team and set a benchmark for the players at the World Cup, telling them that "a competition is only a success when you win." Macron, in fact, set a more high-minded goal for coach Didier Deschamps' team than that laid out by French Soccer Federation (FFF) president Noel le Graet, who said making the semi-finals would be a great success.

The French leader said on Tuesday he would travel to Russia if the national team advanced beyond the quarter-finals.

Despite the barrage of questions by the reporters, President Macron refused to comment about the team, saying only that "inside every Frenchman there is a coach and a president."

Although, when speaking to the players at Clairefontaine Castle, the traditional site of the French national team's training camp outside Paris, the president was open and provided some positive pep talk.

"Stay united, always focus on the effort, which is what got you here, have confidence and give others confidence," Macron said. "You know how to do the rest better than me."

Star goalkeeper and team captain, Hugo Lloris, told the president that the team would do "whatever it takes to go as far as possible".

Deschamps added that the team would be "worthy representatives of the country".

France 2018 FIFA World Cup Football
Get the latest Cricket news, check out the India cricket schedule, Cricket live score . Like us on Facebook or follow us on Twitter for more sports updates. You can also download the NDTV Cricket app for Android or iOS.