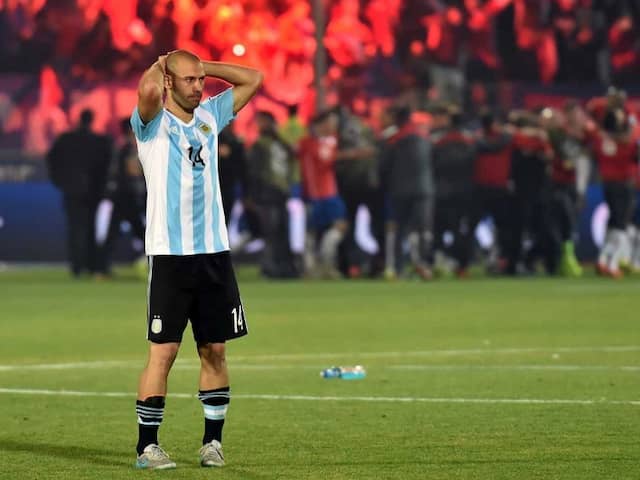 Argentina's most-capped player Javier Mascherano called time on his international career on Saturday after the painful World Cup defeat to France. France pipped Argentina 4-3 in a classic encounter to enter the quarter-finals of the 2018 FIFA World Cup on Saturday. "It's time to say goodbye," the 34-year-old ex-Barcelona, Liverpool and West Ham midfielder said after Argentina were dumped out in a 4-3 last-16 defeat by France.

"I hope that all the lads who follow in my footsteps can achieve what they are aiming for. There are no more illusions for me," he told Argentina's TyC sports channel.

Mascherano made his international debut in 2003 and went on to appear 147 times for his country.

He played 334 times for Barcelona before leaving at the end of last season for China to join Herbei China Fortune.

Lionel Messi 2018 FIFA World Cup Football France vs Argentina, Round of 16
Get the latest Cricket news, check out the India cricket schedule, Cricket live score . Like us on Facebook or follow us on Twitter for more sports updates. You can also download the NDTV Cricket app for Android or iOS.