World Cup 2018: France Vow To Up The Ante As Rivals Flounder

France's talented but young squad will be favourites against a Peru side beaten 1-0 by Denmark in their opener. 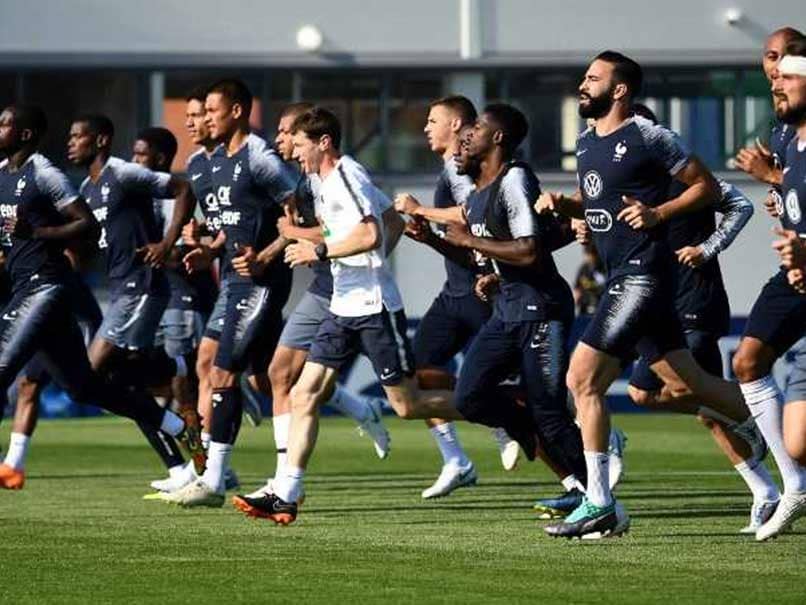 Didier Deschamps could give Olivier Giroud a start.© AFP

With their title rivals failing to fire, France have vowed to ramp up the intensity and put their stamp on the World Cup with victory over Peru on Thursday. Didier Deschamps' team were far from fluid against Australia in their opening game in Russia, needing VAR (the Video Assistant Referee) and consequent Antoine Griezmann penalty, then an own goal about 10 minutes from time, to snatch a 2-1 win. But, while unconvincing, a French side featuring a misfiring front three of the usually prolific Griezmann and starlets Kylian Mbappe and Ousmane Dembele at least avoided embarrassment. With holders Germany losing to Mexico and Spain, Argentina and Brazil all drawing their opening games, the Peru clash is a prime opportunity for the French to stake their claim as the team to beat in Russia.

"We took stock of what was done well or not so well and all agree that we will have to increase our physical intensity and improve our attitude in general," Real Madrid defender Raphael Varane, the France vice-captain, said on Tuesday.

"Other teams (among the favourites) did not win or even lost. We won, but we know that there are things to improve on. We know what direction we need to go in."

Deschamps, a World Cup winner as a player in 1998, has an impressive selection of forwards to choose from and could give Olivier Giroud a start.

Talking to the press ahead of the Group C game in Yekaterinburg, the most eastern city at this World Cup, Varane leapt to the defence of Mbappe, who faded after a strong start against Australia.

"This is a player that is 19 years old and who did what few or no players did (in playing for France at such a young age). He has a lot of talent," said Varane, 25.

The defender also backed Manchester United midfielder Paul Pogba, who struggled for consistency in the Premier League last season and at times found himself on the bench.

Pogba, 25, told French television at the weekend that he was "the most criticised player in the world".

"Not bitter," was Varane's assessment of Pogba, before adding to the press: "If you could be a little bit more positive as well, that would be cool."

France's talented but young squad will be favourites against a Peru side beaten 1-0 by Denmark in their opener.

But Peru, backed by their vocal fans who have travelled in numbers, were the better side for long spells against the Danes and missed a golden opportunity to go in front when Christian Cueva ballooned his penalty over Kasper Schmeichel's crossbar.

Another defeat for Peru, who will again be sporting their distinctive red sash shirts, could spell the end of their hopes of reaching the knockout rounds, in their first World Cup since 1982.

The 34-year-old striker Paolo Guerrero, who won a late reprieve to play in Russia after his drugs ban was overturned, came on for the last 30 minutes against Denmark and Peru's all-time leading goalscorer looks likely to start.

Peru 2018 FIFA World Cup Football France vs Peru, Match 22
Get the latest updates on IPL 2020, check out the IPL Schedule for 2020 and Indian Premier League (IPL) Cricket live score . Like us on Facebook or follow us on Twitter for more sports updates. You can also download the NDTV Cricket app for Android or iOS.