Diego Maradona has apologised for questioning the impartiality of the referee in charge of England's last-16 penalty shootout win over Colombia. 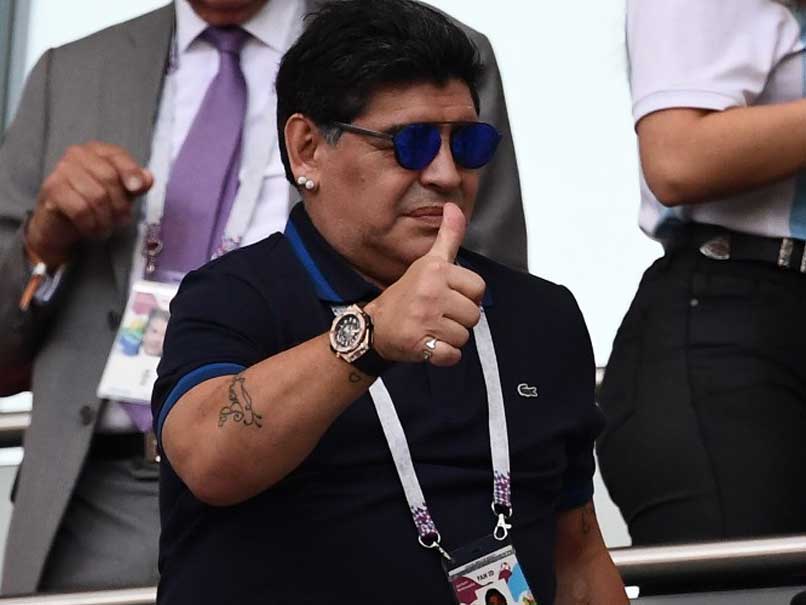 Diego Maradona has apologised for questioning the impartiality of the referee in charge of England's last-16 penalty shootout win over Colombia. The Argentina legend had landed himself in hot water with FIFA over his outburst at US official Mark Geiger when he described England's win on Tuesday as a "monumental robbery". But after a firm rebuke by football's governing body the 1986 World Cup winner issued a mea culpa on Instagram. "Caught up by the excitement and support for Colombiathe other day, I said some things that, I admit, are unacceptable.

"My apologies to FIFA and its president (Gianni Infantino): even if sometimes my opinions are different to those of the referees I have total respect for their work."

He admitted that "although I sometimes have opinions contrary to those of referees, I have absolute respect for the work -- not easy -- which (FIFA) and the referees do."

Maradona, who had come out in support of Colombia following Argentina's premature elimination, blamed Geiger for the South American side's loss in an ill-tempered affair.

He had told Venezuelan TV channel Telesur: "I apologise to all the Colombian people, but the players are not to blame.

"Here is a gentleman (FIFA referees boss Pierluigi Collina) who decides to choose a referee who, if he had Googled him, (he would know) can't be used for a match of this magnitude."

Geiger was suspended from international football for six months after several controversial decisions during a 2015 Gold Cup semi-final between Panama and Mexico.

Maradona had attended the Colombia v England match as a guest of FIFA and was pictured before the game in Moscow wearing a Colombia shirt.

FIFA had responded, saying it was "extremely sorry" to read the comments from "a player who has written the history of our game".

It added: "Furthermore, it also considers the additional comments and insinuations made as being entirely inappropriate and completely unfounded."

Argentina Diego Maradona 2018 FIFA World Cup Football
Get the latest updates on ICC T20 Worldcup 2022 and CWG 2022 check out the Schedule, Live Score and Medals Tally. Like us on Facebook or follow us on Twitter for more sports updates. You can also download the NDTV Cricket app for Android or iOS.