Suggestions on Twitter that the FIFA World Cup be restricted to 10 ten teams were greeted with laughter. 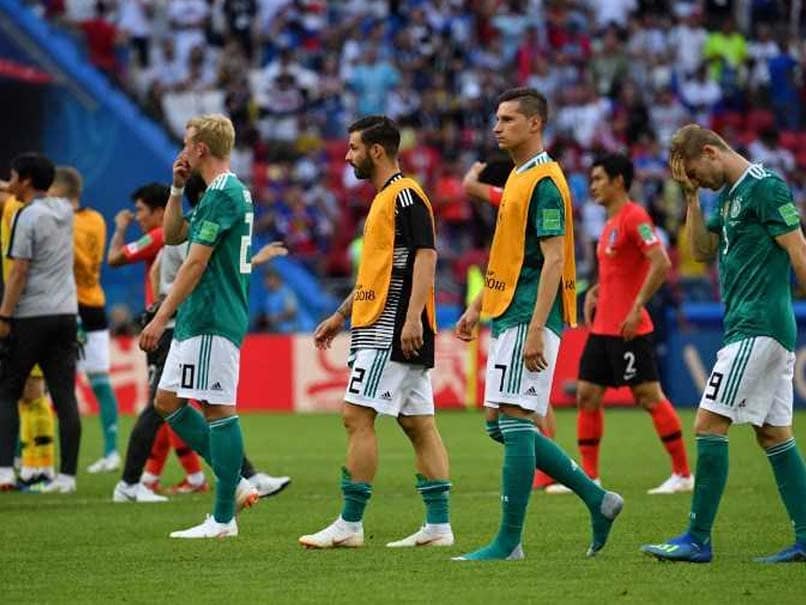 A disappointed German team after losing to South Korea 2-0.© AFP

With Germany making a disastrous exit from the FIFA World Cup 2018, there was shock in the country, while it seemed that the rest of the world was celebrating. Mexican fans thronged to the South Korean embassy in Mexico City after the Asians upstaged the World Cup defending champions, while many other parts of the world also had humorous retorts to the German exit. But not all of Germany was mourning as a Twitter handle, going by the name of Cricket Germany, took the opportunity to take a dig at their football team, as also the International Cricket Council (ICC) with their droll message.

"We hereby ask #FIFA to make the next #WorldCup open only to ten teams," Cricket Germany said, referring to the ICC World Cup in 2019, which involves only 10 teams.

The responses included one from a handle called Cricket Finland, which asked, "Indeed. And just think of all the money they would lose (not) as a result!?!"

Needless to say, there were reactions from to this, most of which came from the sub-continent.

Indeed. And just think of all the money they would lose (not) as a result!?!

Cricket has always been at the receiving end of jokes, as its 'World' Cup is restricted to only the frontline cricket-playing nations.

FIFA, on the other hand, has extended the World Cup 2018 to 32 teams and that has brought in teams from all corners.

Mexico Mesut Ozil Korea Republic vs Germany, Match 41 2018 FIFA World Cup
Get the latest updates on ICC T20 Worldcup 2022, check out the Schedule and Live Score. Like us on Facebook or follow us on Twitter for more sports updates. You can also download the NDTV Cricket app for Android or iOS.