Lionel Messi's Argentina aim to put a shambolic World Cup build-up behind them and make a statement in their opening match against tournament debutants Iceland. 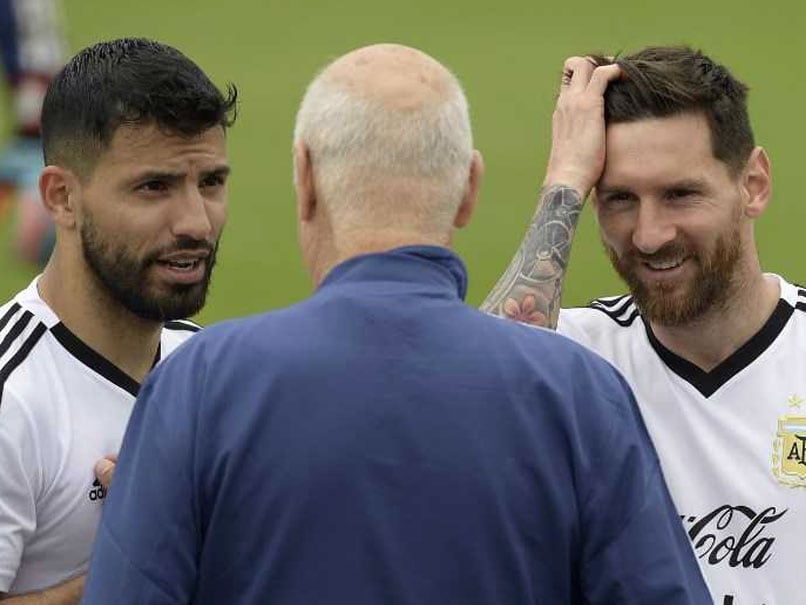 Lionel Messi-led Argentina will open their FIFA World Cup 2018 campaign against World Cup debutants Iceland on Saturday at the Spartak Stadium in Moscow. The South Americans, who had a difficult build-up to the tournament, will be looking to make an early statement in their opening match of World Cup 2018. In all probability, this will be Messi's last chance to win a World Cup and the Argentine talisman is taking nothing for granted against the World Cup minnows, who surprised one and all during the EURO 2016.

"Iceland showed they could compete with anyone at the last Euros," said Messi, referring to their giant-killing run at the 2016 European Championship in France.

Messi was devastated by Argentina's loss to Germany in the 2014 World Cup final, with the agony compounded by back-to-back Copa America defeats to Chile in 2015 and 2016.

Despite his achievements with Barcelona, the five-time world player of the year is yet to win a major international tournament and time is running out as his 31st birthday looms.

He briefly retired from international football after the 2016 Copa America and has hinted he will do so permanently if the campaign in Russia ends in failure.

The Group D clash pits an Argentine side that critics say is too focused on superstar Messi against a band of grafters who pride themselves on teamwork.

On paper, the South Americans should have little trouble disposing of Iceland, an island nation of 330,000 that is the smallest country to ever reach the finals.

But the Icelanders revel in their underdog status and showed at Euro 2016 they will not be cowed on the big stage.

Spurred on by their fans' thunderous "Viking clap", they earned a 1-1 draw with Cristiano Ronaldo's Portugal then famously dumped out England to reach the quarter-finals.

"We kept Ronaldo quite quiet so hopefully we can do the same against Messi," said Burnley winger Johann Berg Gudmundsson.

"We know we're probably going to be defending for a lot of the time and obviously he's one of the best players in the world and he can turn it on."

Iceland, ranked 17 places behind Argentina at 22nd in the world, topped their group in European qualifying with comfortable wins over Croatia, Ukraine and Turkey.

Argentina reserve goalkeeper Nahuel Guzman said the squad would do everything in their power to give Messi the success he craves but they are expecting a tight match against Iceland.

"We must show patience and move the ball around to try and find space, and look to get in behind with speed," said Guzman, who plays for Mexican club Tigres.

"It will be a very tight game in which we'll also have to control our nerves."

Argentina only made it to the finals courtesy of a Messi hat-trick in their final qualifier against Ecuador.

Subsequent friendlies have given cause for concern -- there was a 4-2 loss to Nigeria in November and a 6-1 humiliation by Spain in March, although Messi did not play in either match.

Argentina's final warm-up against Israel in Jerusalem was cancelled after protests from Palestinians, miring the team in controversy and leaving players short of match practice.

Accusing Argentina of over-reliance on Messi may seem unfair to a team boasting the sharp attacking talents of Sergio Aguero, Paulo Dybala and Gonzalo Higuain but it is a view coach Jorge Sampaoli himself has expressed.

"He can carry the team on his shoulders," Sampaoli said of the player who scored 45 goals in 54 games for Barcelona this season.

"This is going to be his team."

Lionel Messi Argentina vs Iceland, Match 6 2018 FIFA World Cup Football
Get the latest updates on India vs South Africa and check out  Schedule, Results and Live Score. Like us on Facebook or follow us on Twitter for more sports updates. You can also download the NDTV Cricket app for Android or iOS.