World Cup 2018: Anyone But England? The Bitter Truth About Football Rivalry In The UK

England is the dominant nation in the United Kingdom, with more resources, more players, and more success at sporting level than its smaller neighbours. 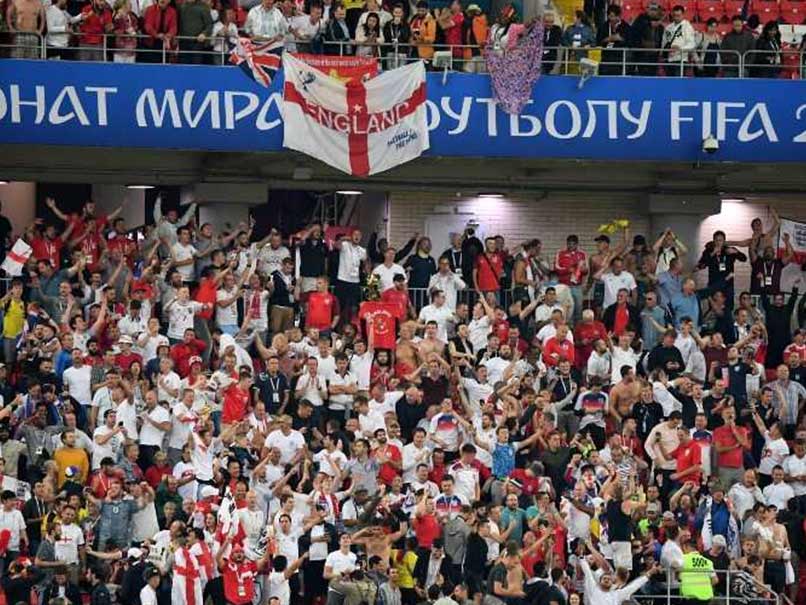 For football fans in Scotland, Wales and Northern Ireland, it's often a case of ABE (Anyone But England).© AFP

For football fans in Scotland, Wales and Northern Ireland, it's often a case of ABE (Anyone But England). It's tough for them to change the habit of a lifetime and get behind Gareth Southgate's team in theWorld Cup. In a sporting quirk, Britain sends a united team to the Olympics, but it's a different story in football and rugby, where ancient and bitter rivalries run deep. Englandis the dominant nation in the United Kingdom, with more resources, more players, and more success at sporting level than its smaller neighbours. And that grates.

Andy Murray, the Scottish former Wimbledon champion, touched a nerve when he said he would be supporting "anyone but England" at the 2006 World Cup, prompting an angry backlash from English sports fans.

Scotland's political leaders have maintained a jocular tone during England's progression to the semi-finals in Russia.

First Minister Nicola Sturgeon of the Scottish National Party tweeted a photo of herself holding a model of the World Cup trophy, stating, "It's home already (well, we can dream!!)", before congratulating England on their 2-0 quarter-final win against Sweden.

Ian Blackford, the SNP leader in the British parliament, revealed he was backing eliminated Peru due to their hospitality during a recently friendly match, but pledged to offer his "hearty congratulations" to England if they win the World Cup.

The SNP were accused of deliberately time-wasting in the Westminster parliament on July 3 to prevent English MPs from being able to enjoy the second-round win over Colombia.

Political rivalry -- and bitterness -- is always bubbling underneath the sporting surface.

Harry Potter author J. K. Rowling last week got into a Twitter spat after accusing a journalist of "bigotry" over anti-English statements.

Rowling -- who was born in England but has made Edinburgh her home -- later tweeted that she had a "bulging folder of xenophobic and anglophobic screenshots".

Any mention of England's World Cup victory in 1966 sets many Scots' teeth on edge. A repeat in Russia would mean further pain.

For them, the real red letter day was a 3-2 win over the reigning world champions in 1967.

Writing in the Scottish pro-independence newspaper The National, columnist Carolyn Leckie put her "Anyone but England" stance down to the "structural imbalance" of a "dysfunctional" UK.

"I am a bit resentful when people desperate to appear tolerant and broadminded demand that we all show how grown-up and open-minded we are by supporting England," she wrote.

In Wales, the "ABE" rivalry was inflamed when people painted England flags on Welsh roads ahead of the quarter-final against Sweden.

Wales fan Elis Anwyl, 22, has been flying the flags of every one of England's opponents at his home.

"All my mates think it's funny, but I have had a few people messaging me about it -- someone even called me scum," he told a local newspaper.

BBC Radio Wales was forced to delete a tweet asking listeners "Are we all English now?" as England progressed to the quarter-finals.

The Football Association of Wales replied: "We're still Welsh, are you?"

The broadcaster issued a hasty apology, tweeting: "Hands up -- we got the World Cup tweet wrong. We've now deleted it."

One complicating factor for ABEs is that Southgate and his young team are genuinely likeable, having shed the baggage that has weighed down so many England teams in past tournaments.

Whether that's enough to change people's minds is another matter.

Croatia Harry Kane Jesse Lingard John Stones 2018 FIFA World Cup Football Croatia vs England, Semi-Final 2
Get the latest updates on IPL Auction 2023 and check out  IPL 2023 and Live Cricket Score. Like us on Facebook or follow us on Twitter for more sports updates. You can also download the NDTV Cricket app for Android or iOS.