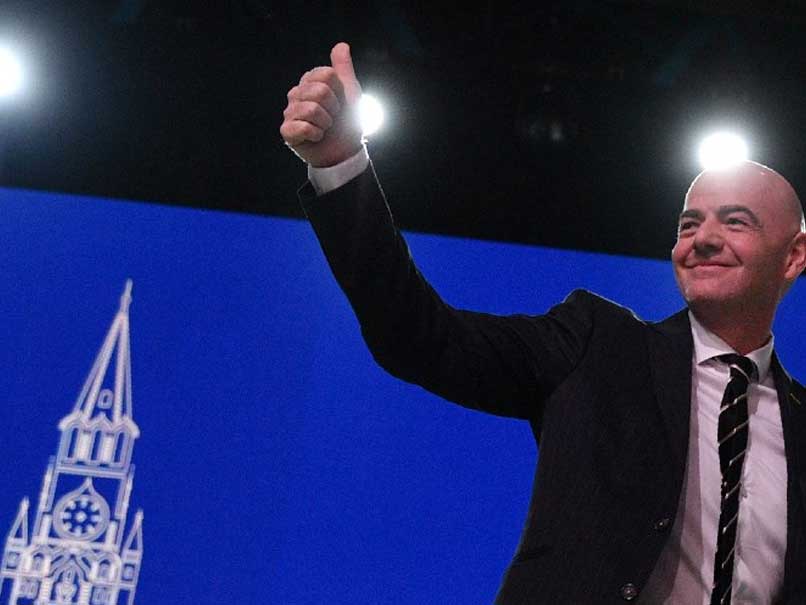 FIFA President Gianni Infantino on Wednesday asserted that the 2018 FIFA World Cup in Russia was set to be the best edition of the tournament in history and emphasized that he had reformed and revived football's governing body after taking the helm two years ago. The 48-year-old became FIFA president after Joseph "Sepp" Blatter was ousted in a corruption scandal, becoming FIFA's first new president since Blatter took office in 1988. "Russia has this thing of never having been conquered. The breaking news of today is that, as of tomorrow, Russia will be conquered. Russia will be conquered by football!" Infantino said during his speech at the 68th FIFA Congress in the Russian capital Moscow.

"Football will conquer the world as of tomorrow and for quite some time," Infantino added.

Regarding his rehabilitation of FIFA, Infantino said the organisation had been "clinically dead" when he took over but is now "alive and well, full of joy and passion and with a vision for its future."

Former president Blatter is being investigated by Swiss prosecutors for alleged corruption during his 17-year reign at the head of FIFA. Elections that handed the World Cup to Russia in 2018 and Qatar in 2022 have since been the target of allegations of bribery and spelled the end for Blatter.

Infantino has put FIFA on a sound financial footing and ushered in the introduction of innovations such as the Video Assistant Referee system to analyze controversial on-pitch incidents during matches.

Comments
Topics mentioned in this article
Football 2018 FIFA World Cup FIFA
Get the latest updates on IND vs NZ 2021, check out the Schedule and Live Score . Like us on Facebook or follow us on Twitter for more sports updates. You can also download the NDTV Cricket app for Android or iOS.