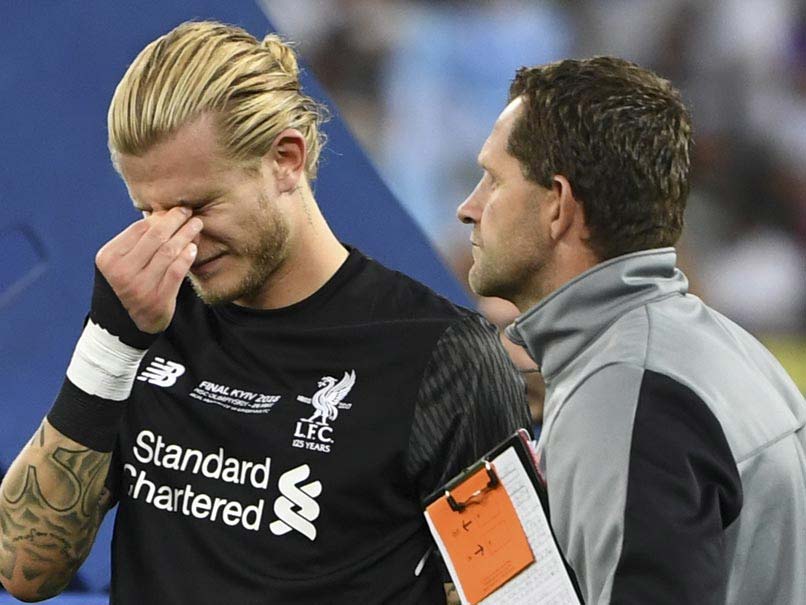 Germany's coaching staff sent a message of support to Liverpool goalkeeper Loris Karius after his costly errors in the Champions League final defeat by Real Madrid, goalkeeping coach Andreas Koepke said Tuesday. "We have tried to help him pick himself him up and we wrote to him telling him to keep his head up," said Koepke, the former Germany international. Head coach Joachim Loew, team manager Oliver Bierhoff and Koepke, all currently in northern Italy for a World Cup training camp, sent Karius a text message following Saturday's final in Kiev.

Koepke, a World Cup winner and European champion with Germany in the 1990s, slammed certain extremely critical remarks of the 24-year-old Karius in the wake of his two glaring mistakes.

"It's very borderline and totally incomprehensible on the part of experts with whom I played myself," said Koepke, notably taking aim at former Germany star Lothar Matthaeus who called it the "worst goalkeeping display in the last 20 or 30 years".

"It's a very brutal thing to experience," added Koepke. "I hope he will be supported by Jurgen Klopp and by Liverpool so he can get through it."

Comments
Topics mentioned in this article
Germany Loris Karius 2018 FIFA World Cup Football
Get the latest updates on IPL Auction 2023 and check out  IPL 2023 and Live Cricket Score. Like us on Facebook or follow us on Twitter for more sports updates. You can also download the NDTV Cricket app for Android or iOS.