World championship silver-medallist wrestler Deepak Punia, who tested positive for COVID-19 upon his arrival at the national camp, has been discharged from hospital and advised home isolation. 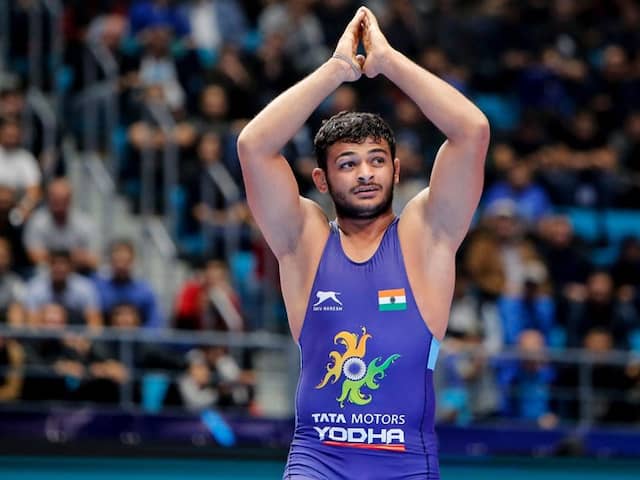 Deepak Punia has secured a place for himself at the Tokyo Olympics.© UWW

World championship silver-medallist wrestler Deepak Punia, who tested positive for COVID-19 upon his arrival at the national camp, has been discharged from hospital and advised home isolation. Besides the Olympic-bound Punia (86kg), the other two wrestlers who tested positive for the virus were Navin (65kg) and Krishan (125kg). All three are part of a national camp at the SAI Centre in Sonepat ahead of which the wrestlers are in quarantine.

"Wrestler Deepak Punia tested Covid positive during the test given by SAI upon arrival at the National Camp in Sonepat, and was in hospital. Now he's been advised home quarantine by doctors as he's stable & asymptomatic. His home stay is approved by District Covid Nodal Officer," the Sports Authority of India tweeted.

With his silver at the worlds, Punia had secured a place for himself at the Tokyo Olympics. After returning positive for the virus, the wrestlers were moved to a SAI empanelled hospital as a precautionary measure for further monitoring.

As per protocol, all wrestlers along with the coaches and support staff underwent the mandatory RT-PCR test, upon arrival at the camp, to detect COVID-19 on arrival. All the wrestlers assembled for the camp on September 1.

Earlier Asian and Commonwealth Games champion Vinesh Phogat, the only Indian woman wrestler to have qualified for Tokyo Olympics, tested positive ahead of the national sports awards ceremony last week, where she was to receive the Khel Ratna.

She later tweeted that she has recovered and returned negative test twice.