Will Do Everything Possible To Make India Proud In Tokyo Olympics: Bajrang Punia

Bajrang Punia was honoured with the "Indian Personality Of The Year - Sports" award during the Indo Arab Leaders Summit & Awards 2019 in Dubai. 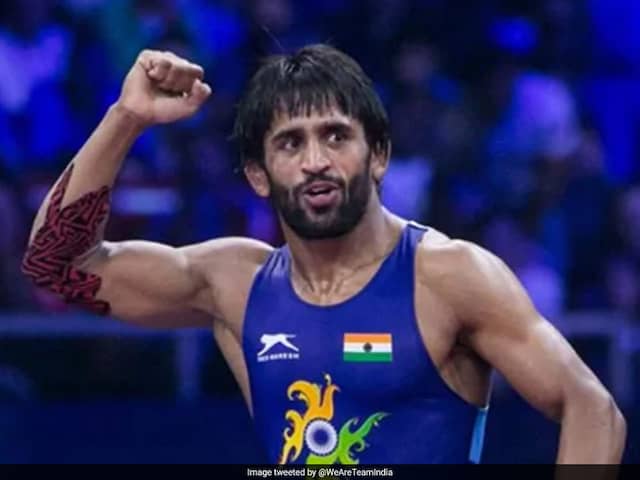 Bajrang Punia has sealed qualification for the Tokyo Olympics next year.© Twitter

Star Indian wrestler Bajrang Punia is focussing on delivering his best at the Tokyo Olympics and has said that he will do everything possible to make India proud at the showpiece event. Bajrang and world powerlifting champion Mahant Gaurav Sharma have been honoured during the Indo Arab Leaders Summit & Awards 2019 in Dubai. While Bajrang was awarded the 'Indian Personality of the Year-Sports' award, Gaurav got 'Visionary Leaders of the Year-Sports' award. Bajrang said: "I want to thank the organizers for honouring me with this prestigious award. Such awards give motivation to the athletes."

"I have qualified for Tokyo Olympics and will do everything possible to make my nation proud," he said.

Gaurav too sounded delighted after receiving the award and said: "I can't express the feeling. It is really great. I felt emotional after receiving the award. Powerlifting is a sport which people don't know much but I am happy through my achievements, people will surely opt for this sport. I also want to thank my guru Dronacharya awardee coach Bhupinder Dhawan sir for helping me in achieving my dream."