"No Matter How Many Times I Fall, I Will Rise": Wrestler Vinesh Phogat After Elbow Surgery

Star Indian wrestler Vinesh Phogat underwent a surgery on her right elbow days after pulling out of the World Championship trials. 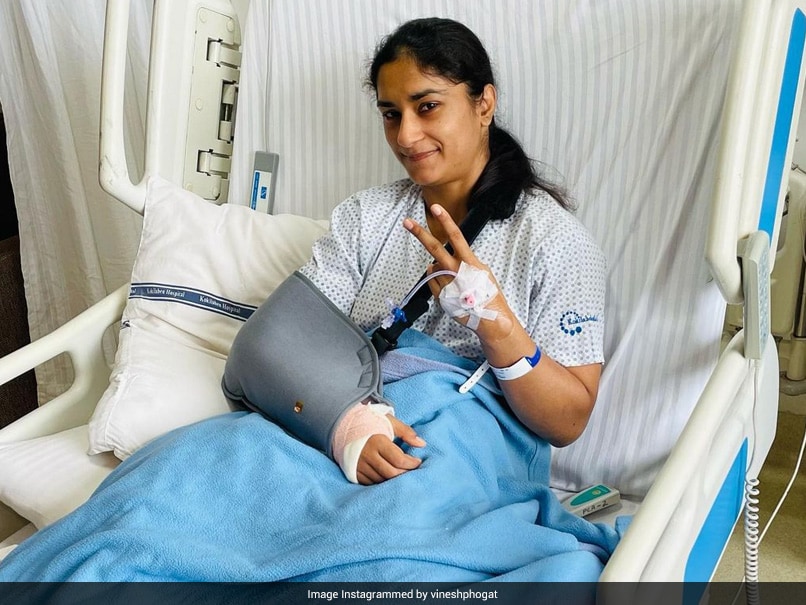 Star Indian wrestler Vinesh Phogat on Wednesday underwent a surgery on her right elbow, days after pulling out of the World Championship trials. The 27-year-old reigning Asian champion had pulled out of the World Championship trials on August 31 after competing in her opening bout. At that time, she had said that her pull-out was not due to injury and she only felt "dizzyness". "Elbow surgery done! No matter how many times I fall, I will still rise," Vinesh wrote on Instagram, along with her picture on a hospital bed.

Vinesh, who had made a shock quarterfinal exit in the Tokyo Olympics, was suspended by the Wrestling Federation of India last month for indiscipline before being let off with a warning.

Comments
Topics mentioned in this article
Vinesh Phogat Wrestling
Get the latest updates on T20 World Cup, check out the T20 World Cup Schedule and Live Score . Like us on Facebook or follow us on Twitter for more sports updates. You can also download the NDTV Cricket app for Android or iOS.