The Wrestling Federation of India (WFI) has forgiven Vinesh Phogat for her behaviour at the Tokyo Olympics and has said that the grappler is welcome to give selection trials. 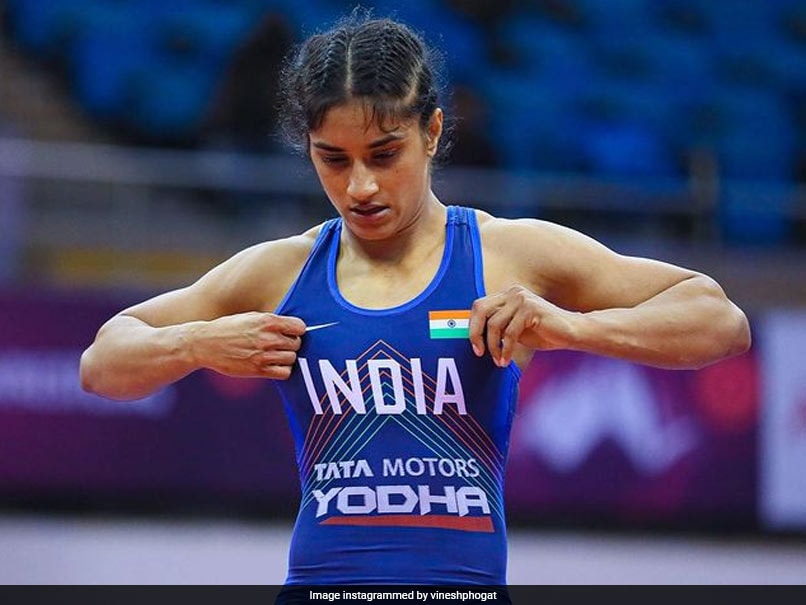 Vinesh Phogat was temporarily suspended by the WFI for indiscipline.© Instagram

The Wrestling Federation of India (WFI) has forgiven Vinesh Phogat for her behaviour at the Tokyo Olympics and has said that the grappler is welcome to give selection trials. "We have now forgiven Vinesh, she did wrong but she accepted her fault and as you know we usually scold our child at home so that they obey us. Vinesh is also our child and we welcome her to give trials," WFI President Brijbhushan Sharan Singh told ANI on the sidelines of an event organised by the federation and Tata Motors.

The wrestling trials are slated to be held on August 31.

Earlier, Vinesh Phogat had apologised to the WFI after the body temporarily suspended her over disciplinary issues at the recently-concluded Tokyo Olympics.

"She has sent an e-mail, the committee will see her response and it depends whether they are satisfied with it or not. The disciplinary committee will take the call," sources within the WFI had told ANI.

The grappler had travelled to Tokyo from Hungary where she was training with coach Woller Akos. Upon arriving, she refused to stay and train with the other Indian team members.

Grappler Vinesh Phogat's hopes of winning a bronze medal were dashed in the Games as her quarter-final opponent Vanesa Kaladzinskaya of Belarus lost in the semi-final of the Tokyo Olympics.

Comments
Topics mentioned in this article
Wrestling Vinesh Phogat
Get the latest updates on T20 World Cup, check out the T20 World Cup Schedule and Live Score . Like us on Facebook or follow us on Twitter for more sports updates. You can also download the NDTV Cricket app for Android or iOS.