Ravi Kumar, who competed in the 61kg category instead of his regular 57kg, bagged gold after getting the better of Kazakhstan's Nurbolat Abdualiyev 12-2 in his final bout. 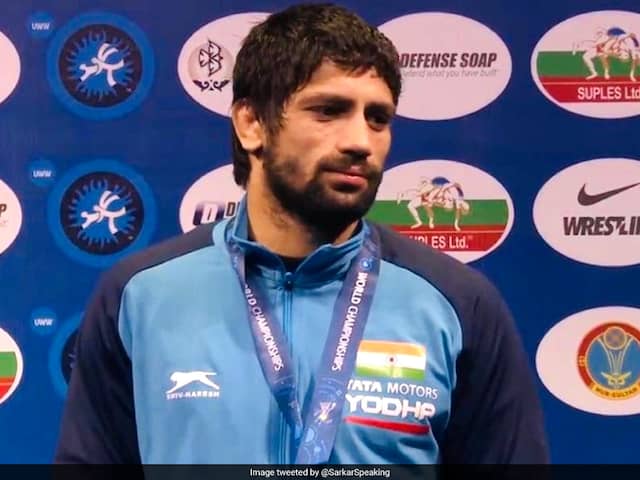 India's star wrestlers Bajrang Punia and Ravi Kumar Dahiya kicked off the Olympic year in style, winning a gold medal each in their respective weight categories at the Rome Ranking Series in Rome. The 25-year-old Bajrang staged a remarkable comeback to secure a 4-3 win against USA's Jordan Michael Oliver in the summit showdown of the 65kg freestyle category. Ravi, who competed in the 61kg category instead of his regular 57kg, also bagged gold after getting the better of Kazakhstan's Nurbolat Abdualiyev 12-2 in his final bout late on Saturday night.

The 23-year-old from Sonepat had made the final round after securing impressive wins over Moldova's Alexaandru Chirtoaca and Kazakhstan's Nurislam Sanayev. Up against one of India's biggest medal prospects in the Tokyo Olympics, Oliver conceded that it was not his night against Bajrang.

The American lauded the competitive spirit of Bajrang.

"Wasnt my night... but I got a lot of work to do to be where I want to be! Hats off to @BajrangPunia dude is heck of a competitor! Until next time my friend," the American tweeted.

Bajrang had to sweat it out in the first round against Zain Allen Retherford of the USA before prevailing 5-4.

In the quarterfinal, the ace Indian wrestler went past another American Joseph Christopher Mc Kenna 4-2, before getting the better of Vasyl Shuptar of Ukraine 6-4 in the semi-finals.

However, it was curtains for Jitender in the 74kg and world championship silver medallist Deepak Punia in the 86kg category.

Jitender won his first bout against Denys Pavlov of Ukraine 10-1 before going down in the quarterfinals against Turkey's Soner Demirtas 4-0.

Jitender got a change to fight in the repechage after Demirtas entered the final, but the Indian wasted the opportunity, losing 2-9 to Daniyar Kaisanov of Kazakhstan.

In the 86kg category, Deepak crashed out in the opening round, losing 1-11 to Ethan Adrian Ramos of Puerto Rico.