Mumbai Maharathi co-owner Pradeep Sherawat categorically denied reports that they have withdrawn from PWL after being miffed with the organisers. 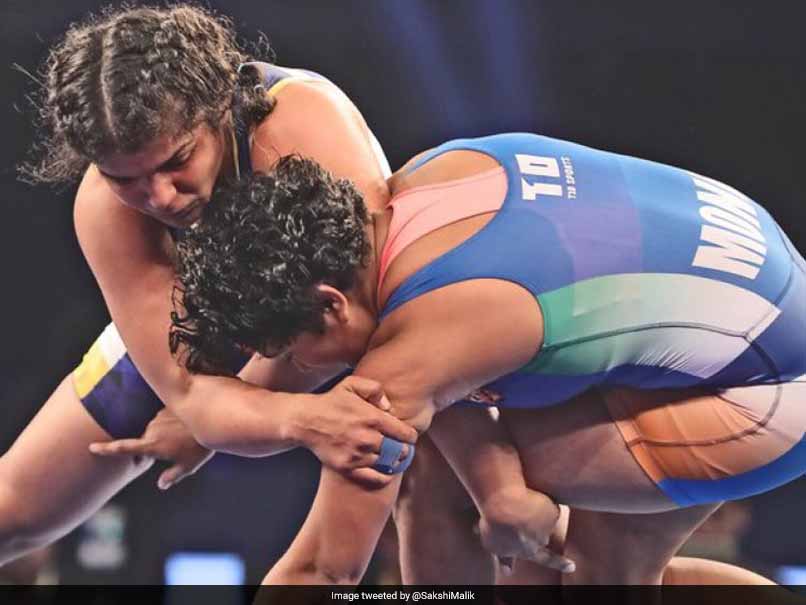 Mumbai Maharathi made a dramatic turnaround hours after pulling out of the Pro Wrestling League (PWL) for being 'cheated', saying the franchise was 'shocked and distressed' to hear about the development. Mumbai Maharathi co-owner Pradeep Sherawat categorically denied reports that they have withdrawn from PWL after being miffed with the organisers. "We were shocked and distressed to see a story circulating in the media that we as a team had withdrawn from the third Pro Wrestling League currently on in New Delhi," Sherawat said.

"We would like to first categorically and unequivocally state that this story is blatantly false and has been spread by malicious intent and none of the owners have anything to do with it."

Earlier in the day, Mumbai Maharathi issued a statement saying that they have pulled out of the PWL with immediate effect after they were prevented from blocking the 74kg category in a clash against city compatriots Veer Marathas.

The Maharathi team alleged that Sakshi Malik had opted to block the wrestler in the 74kg category but was not allowed to do so by the organisers "in a clear violation of the rules".

It was the result in the 74kg category that shaped the final outcome of the contest as at 3-3, Praveen Rana got the better of Praveen Dahiya to seal the tie in favour of Veer Marathas.

However, Sherawat denied the reports and even went to the extent of apologising to the CEO of PWL Sunil Kalra.

"We would like to reiterate that we have complete faith in the organisers of the PWL and that they have been conducting this world-class league in a fair and equitable manner. We have been with them right from day one and would continue to do so.

"We would also like to apologise to Sunil Kalra, the CEO of the League, against whom fallacious and damaging charges have been made, in the name of our team," he said.

The co-owner of Mumbai Maharathi, in fact, blamed one of their vendors for circulating the false story.

"Our investigations have revealed that Birbal Sports and Entertainment, whom we had hired to handle our operations for the league, is behind this story," Sherawat said.

"We have terminated all our relationships with them with immediate effect and relieve them of all their duties. "We would like to declare that the Mumbai Maharathi players are all eagerly looking forward to our next match on January 20, 2018," he added.

With star wrestler Sakshi in their team, Mumbai Maharathi are presently lying in the fourth position in the six-team event with two points from three games. They will will next meet second-placed Haryana Hammers here on January 20.

Earlier in the day, its statement read, "In a reaction to cheating by the organisers of the PWL, led by Sunil Yash Kalra, the CEO of ProSportify, the team owners of Mumbai Maharathi have decided to withdraw from the 3rd edition of the PWL with immediate effect.

"While the team management has taken in its stride several instances of mismanagement and operational glitches by the league organisers, they reacted strongly to the incident that occurred at the toss between Mumbai Maharathi and their opponents."

Further expressing their anguish, Maharathi said they were well within the rules to block the 74kg category. "According to the rules, one weight category cannot be blocked for consecutive matches and for a total of 2 out of the 5 league matches.

"Mumbai Maharathi had blocked the 74kg category in their first encounter and now sought to do so in their third encounter, adhering to the rules, but the league organisers stepped in to twist the rules and thwart Mumbai Maharathi," they said.