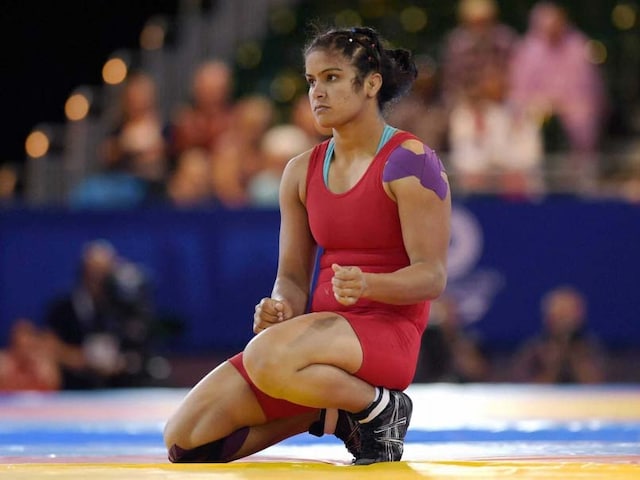 Navjot Kaur clinched India's first gold medal of the Senior Asian Wrestling Championships as she outclassed Japan's Miya Imai in the final bout of the women's 65kg freestyle category on Friday. Navjot beat Imai 9-1 in a one-sided contest on a fruitful day for India. Rio Olympics bronze medallist Sakshi Malik won a bronze in the 62kg freestyle category after getting the better of Kazakhstan's Ayaulym Kassymova 10-7 in a tough fight. The two medals took India's medal tally to six -- a gold, a silver and four bronze medals.

Navjot produced a thoroughly dominating performance. She was impressive throughout her final bout as she recorded a convincing win.

The 28-year-old Navjot has been around the wrestling circuit for a while as she had previously won a silver at the Asian Championships in 2013 and a bronze in 2014 Commonwealth Games in 67kg.

Meanwhile, Vinesh Phogat had to be contend with a silver medal as she lost 2-3 to China's a Chun Lei in the summit clash of the women's 50kg freestyle.

Another Indian wrestler Sangeeta defeated Jieun Um of Korea to win a bronze medal in the women's 59kg freestyle event.