The women's national wrestling camp, which was scheduled to start from September 1 in Lucknow, was on Saturday postponed after top players expressed apprehensions about travelling. 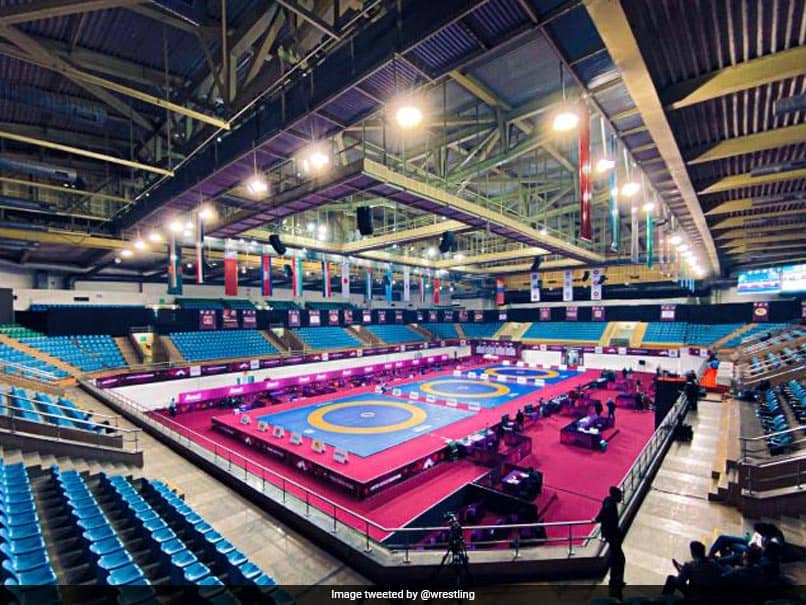 It is for the second time that women's camp has been postponed due to the pandemic.© Twitter

The women's national wrestling camp, which was scheduled to start from September 1 in Lucknow, was on Saturday postponed after top players expressed apprehensions about travelling amidst rising cases of coronavirus. It is for the second time that women's camp has been postponed. The Wrestling Federation of India (WFI) had originally wanted to start the camp in the second week of August but was forced to postpone in the wake of COVID-19.

The men's camp, slated to begin in Sonipat, will however start as scheduled.

"The National Women's Wrestling Camp which was scheduled to be held from 1st Sept 2020 for 15 Olympic-bound Women Wrestlers at SAI's Lucknow Centre has been postponed. The new dates will be intimated in due course," SAI said in a statement.

WFI Assistant secretary Vinod Tomar said they were keen to begin the camp but since players were worried they were forced to postpone it for at least two weeks.

"Vinesh and Divya Kakran had said they were not keen to travel. We were already organising the camp for a limited number of weight categories, so if these players are willing to come, what we could have done," Tomar said.

"If God forbid something happens, the federation would have been blamed. So we will review the situation after two weeks and take a decision. Several other countries have started preparations for Olympics and we did not want to lag behind.

"But we can't do it, if players won't attend camp," he said. The men's wrestlers will resume training at SAI centre in Sonipat with 18 wrestlers. Three wrestlers each from six Olympic categories (57kg, 65kg, 74kg, 86kg, 97kg, 125kg) will train.

Comments
Topics mentioned in this article
Wrestling Sakshi Malik
Get the latest updates on India vs England Series, India vs England , live score and IPL 2021 Auction . Like us on Facebook or follow us on Twitter for more sports updates. You can also download the NDTV Cricket app for Android or iOS.