Star wrestler Bajrang Punia on Monday decided to donate his six months salary towards fight against COVID-19 pandemic and called for postponement of Tokyo Olympics. 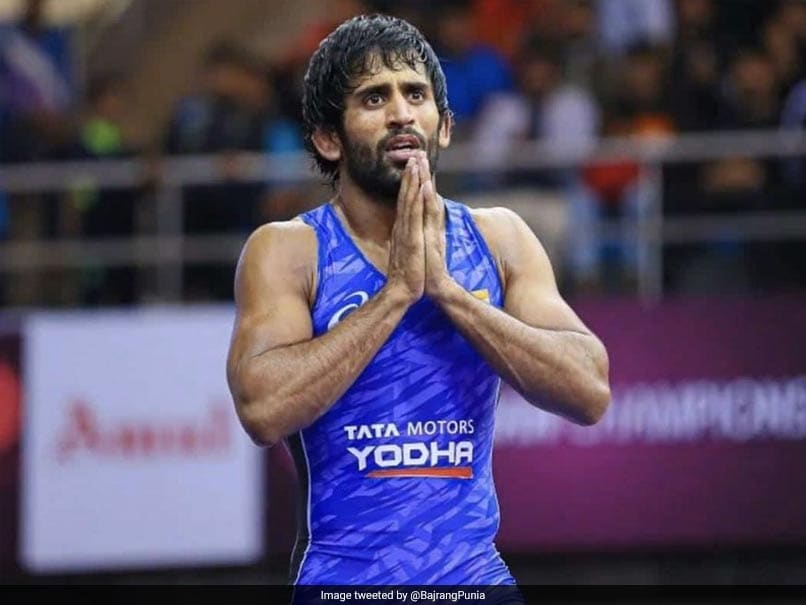 Star wrestler Bajrang Punia on Monday decided to donate his six months salary towards fight against COVID-19 pandemic and called for postponement of Tokyo Olympics, saying the mega event will lose sheen if it goes ahead in the absence of nations who have already pulled out. The 25-year-old Bajrang is one of India's medal contenders at the Games, which are under doubt due to the coronavirus, which has claimed more than 15000 lives and infected more than 3,00,000 people worldwide.

Bajrang, the 2019 World Championship bronze medallist, works with the Railways as an officer on special duty (OSD).

"I have decided to donate my six months salary," Bajrang tweeted and immediately earned praise from Sports Minister Kiren Rijiju, who said it was a laudable effort.

Talking to PTI, Bajrang said, "Before Olympics we have to fight Coronavirus. If situation does not improve, and continues for 2-3 months, it will be perfectly alright to postpone the Olympics."

"So it is not just India's problem, it's a global issue, which needs to be tackled first," he added.

Bajrang is training at an apartment in Sonipat while his coach Shako Bentinidis has left for Georgia.

India's foreign coach for women wrestlers Andrew Cook has also left for the US a few days ago.

The Indian Olympic Association (IOA) says it will decide the country's participation in about four weeks' time.

The International Olympic Committee (IOC) is under tremendous pressure to postpone the Games.

Meanwhile, Vinesh Phogat , another Indian medal contender at the Games, says she has been training hard and it does not matter what she feels about the postponement of the Games.

"I am at my home and training has been good so far. Whatever I say, does not matter," she said.

Comments
Topics mentioned in this article
Bajrang Punia Wrestling
Get the latest updates on ICC T20 Worldcup 2022, check out the Schedule and Live Score. Like us on Facebook or follow us on Twitter for more sports updates. You can also download the NDTV Cricket app for Android or iOS.