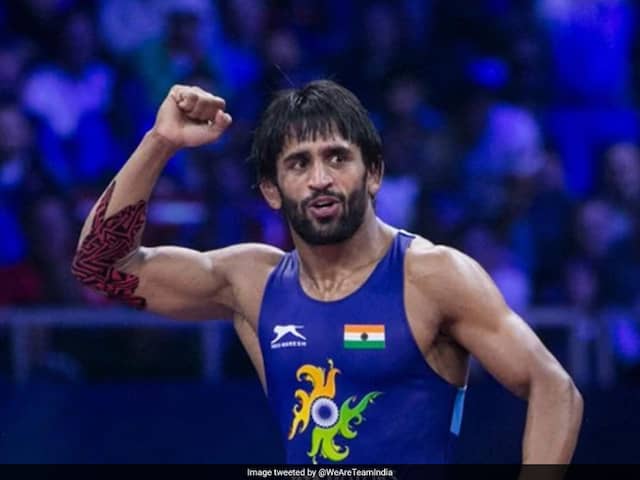 The Wrestling Federation of India (WFI) has brought Bajrang Punia's coach Shako Bentinidis under its wings by offering him a contract till the 2020 Tokyo Olympics and also appointed Russian Murad Gaidarov to help out Deepak Punia and Ravi Dahiya. Bentinidis was attached with the JSW and the WFI was always interested in having the services of the Georgian. Betinidis had refused the offer earlier but was left with no option but to bow down to the Federation since it was not happy with him and was contemplating getting Bajrang a new coach.

There were complaints that Bajrang criticised WFI for its working style and the Federation took exception to that.

Apart from that Bentinidis had protested a four-point move during Bajrang's semifinal loss at the World Championship which the WFI believed robbed the Indian of appearance in the gold medal bout.

Wilfredo Garcia was tried for a few days but Bajrang, who won his third world championship medal at Nur Sultan, was not convinced on hiring the Cuban.

"The Georgian was under pressure since WFI was putting pressure on Bajrang to change the coach. Bajrang told WFI that Bentinidis was best suited for him to which the Federation agreed but put a condition that Bentinidis has to come under them," said a source.

WFI Assistant Secretary Vinod Tomar, who had earlier denied that WFI was looking for a new coach for Bajrang, said Bentinidis has been appointed on the request of Bajrang.

"We just want our wrestlers to win medals at Tokyo Games. Bajrang wanted to train with Shako (Bentinidis) only, so we hired him," Tomar said.

JSW's Manisha Malhotra said it was a transition and that they have not terminated Bentinidis.

"By this WFI will have direct control over Shako. We had no objection to that. There was no reason to sack him, he got Bajrang to world number one rank. Yes, he is a difficult person to handle but you can't ignore the good work he did with Bajrang," she said.

It has been learnt that WFI will pay $5000 per month to Bentinidis and Gaidarov, the Beijing Olympics silver medalist.

Punia (86kg) and Dahiya (57kg) had won a silver and bronze respectively at Nur Sultan and are believed to be medal prospects for Tokyo Games.