Pakistan middle-order batsman Umar Akmal skipped match practice on Friday due to an injury to his right index finger. 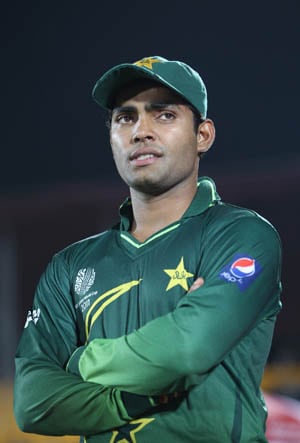 Pakistan middle-order batsman Umar Akmal skipped match practice on Friday due to an injury to his right index finger.

Manager Intikhab Alam says Akmal's injury is not a serious one "and the scans show there is no fracture."

Akmal was injured during fielding practice on Thursday.

Pakistan coach Waqar Younis carried out an extensive three-hour plus training session on Friday in which batsmen were tested in a match-like situation by their own bowlers.

Pakistan has six points from four matches in the World Cup Group A. It defeated Kenya, Sri Lanka and Canda before losing to New Zealand on Tuesday.

Pakistan next plays against Zimbabwe on March 14.

Comments
Topics mentioned in this article
Cricket Umar Akmal World Cup 2011
Get the latest updates on ICC T20 Worldcup 2022 and CWG 2022 check out the Schedule, Live Score and Medals Tally. Like us on Facebook or follow us on Twitter for more sports updates. You can also download the NDTV Cricket app for Android or iOS.