Unlike the last two World Cups, there are no surprises in the final eight, though their placements in the standings are a bit unexpected. 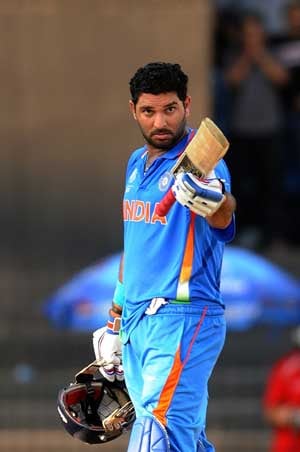 The first round of the World Cup got over after India recorded an 80-run win over the West Indies on Sunday.Â  And unlike the last two editions of the World Cup tournaments, there are no surprises in the final eight, though their placements in the standings are a bit unexpected.

And though there were quite a few upsets (ask England), this time around there are no minnows in the quarter-final line-up. All the tantrums and build-up are done with; the real battle begins now.

The knockout stage. One loss and the World Cup dream comes crashing down. So the qualified teams have exactly two days to fix the loopholes and also plot the downfall of their opponents.

India, who entered the tournament as the favourites to lift the trophy, hardly played like favourites. Though they won four matches out of their six, none of them was a crushing win, not even against the smaller teams. That said, I certainly would not like to take anything away from the kind of performance that the teams like Ireland, Holland and Bangladesh put up against the giants. They proved that they had the talent and more exposure against the bigger teams will only make them better.

Coming back to India, in their last two matches against South Africa and the West Indies, they failed to last 50 overs. And that's one big worry apart from India's bowling woes. Yuvraj Singh, who had a forgettable 2010, has been India's only solace. The left-hander, once known to butcher the opposition with his power-hitting, has kept his head down with the willow and batted India out of trouble quite a few times this World Cup. It's time the others chipped in too.

However, every time I try to be neutral and analyse the Indian team's glitches, the forever-optimistic fan in me takes over screaming 'All is Well'. Aaarrrghhh, not good for my job! When it comes to India in the World Cup, I cannot rant like an expert (Not that I am one). My 'fan'atic side dominates, completely!

So, while I put on my unbiased specs for all seven teams, for this World Cup I'll keep the tricolor close to my heart and root for the Men in Blue. But instead of chalking out the DOs and DON'Ts for Team India as a cricket pundit (LOL), I would rather pen down wishes and advices of a fan.

So here is my list of wishes and advices: (Pardon me for getting over-ambitious)

1.Â Â Â Â Â Â  Crush Australia and avenge the final loss of 2003 World Cup (that defeat still hurts even though the Aussies played like champions and deserved to win).

3.Â Â Â Â Â Â  Yusuf Pathan - Count the heads in the stands and send that many balls with your blazing bat. Later, send a crate of Gatorade for the bowlers as a token of gratitude and apology! You can also think of something better as a farewell gift for some of them.

4.Â Â Â Â Â Â  Sehwag - Get your knee right man. We need you to go nuts with the bat and make the opposition jump from their Plan A to B to C....Z 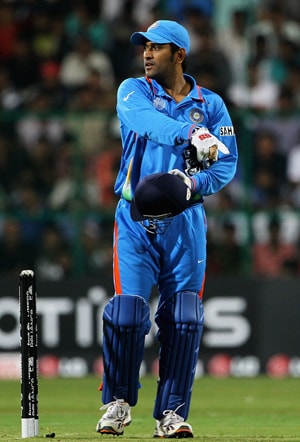 5.Â Â Â Â Â Â  For Dhoni - Keep your cool off the field and don't get bogged down. The pressure is immense but don't let that create chinks in your captaincy.

6.Â Â Â Â Â Â  For Dhoni again - One big knock is so much due from you. Vent out your anger on the bowlers from the opposition camp and not your own.

7.Â Â Â Â Â Â  Sachin - Get your hundredth hundred. But most importantly, may India finish triumphantly, for the last two matches in which he scored centuries, India did not win.

9.Â Â Â Â Â Â  Raina - Just good fielding doesn't justify your place, and when given a chance, grab it with both hands and dig your teeth deep.

And a World Cup cannot be complete without an India-Pakistan match. So the last wish is for the two arch-rivals.

10.Â Â  Win your quarter-finals guys and set a date with each other on March 30 (the second semi-final). And here I would want the history to repeat itself (the Indo-Pak history in the World Cups that is) - Dhoni get past Afridi and his men and then go on to do a 1983 on April 2! That's all we want. Don't we people?

Comments
Topics mentioned in this article
India Cricket Team World Cup 2011 Australia Cricket Team Cricket
Get the latest updates on ICC T20 Worldcup 2022 and CWG 2022 check out the Schedule, Live Score and Medals Tally. Like us on Facebook or follow us on Twitter for more sports updates. You can also download the NDTV Cricket app for Android or iOS.