Misbah has drawn flak for his below-par performances in one-day cricket including the recent tour of India. The PCB had removed him as captain of the Twenty20 squad last year for being a slow scorer. 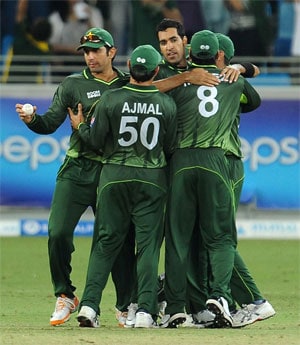 The Pakistan Cricket Board has decided to retain senior batsman Misbah-ul-Haq as captain for the Test and one-day series in the forthcoming tour of South Africa.

The 38-year-old has drawn flak for his below-par performances in one-day cricket including the recent tour of India. The PCB had removed him as captain of the Twenty20 squad last year for being a slow scorer.

But sources in the PCB told PTI that the national selectors were told by the Board that Misbah will continue as captain for both formats while Mohammad Hafeez has been retained as captain of the T20 squad.

"Board Chairman Zaka Ashraf is happy with the performance of Misbah and the way he led the team to the one-day series win in India recently," one source said.

"The positive report about Misbah is that despite his age, he is fit and brings about lot of confidence and discipline to the team with his presence and leadership qualities," the source said.

He said the Board had decided to continue with Misbah for the South African tour while Hafeez would be groomed to take over from him after the Champions Trophy in England this year.

Misbah has said after returning from India that he had no intentions to quit ODI cricket as he enjoys the format and is fit for it.

"There is a concept in Pakistan that someone of my age shouldn't be playing cricket at the top level. I disagree, I made my debut late and I believe as long as someone is fit and ready to perform at the highest level there is nothing wrong with him carrying on," Misbah said.

The national selectors have been told to finalise squads for the South African tour and submit them to the Board.

Sources close to the selectors said Asad Shafiq, after recovering from a injury, was certain to replace Umar Akmal in the middle order while Taufiq Umar would return as the opener for the Tests.

Comments
Topics mentioned in this article
Cricket Stuart Broad Mohammad Asif New Zealand Cricket Team Pakistan Cricket Team South Africa Cricket Team World Cup 2011 Zaheer Abbas
Get the latest updates on ICC T20 Worldcup 2022 and CWG 2022 check out the Schedule, Live Score and Medals Tally. Like us on Facebook or follow us on Twitter for more sports updates. You can also download the NDTV Cricket app for Android or iOS.