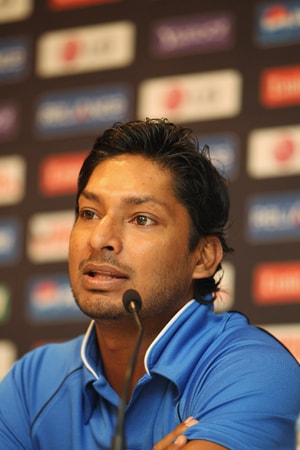 England all-rounder Yardy pulled out of the World Cup on Thursday, just two days before the quarterfinal against Sri Lanka, citing depression as the reason.

"I think every side going forward will place more and more attention on to the psychological aspects of players and how fit they are mentally to take up the challenges," said Sangakkara.

"Everyone feels for Yardy. We've seen Marcus Trecothick battle his way through international cricket, they are all great players," said the Sri Lankan captain.

Sangakkara admitted being on the road can take its toll.

"It gets really tough especially the older you get and the longer you play. You always feel a bit under the gun, under the pump, especially when you are touring away from home and sometimes the occasion can overwhelm you."

"It gets difficult so when on tour we need to focus on cricket. Sri Lanka have encouraged players to take their families so that they don't get depressed," said Jayawardene.

Comments
Topics mentioned in this article
Michael Yardy World Cup 2011 Nathan McCullum Kings XI Punjab Kumar Sangakkara Sri Lanka Cricket Team Cricket
Get the latest updates on ICC T20 Worldcup 2022 and CWG 2022 check out the Schedule, Live Score and Medals Tally. Like us on Facebook or follow us on Twitter for more sports updates. You can also download the NDTV Cricket app for Android or iOS.