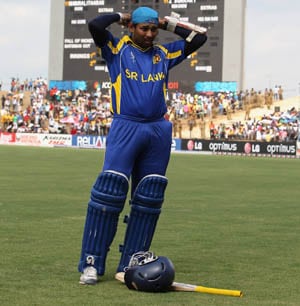 Addressing a press conference one the eve of their group A match against Zimbabwe here on Thursday, Jayawardene said there was no truth in the story as Dilshan was not among the Sri Lankan players who gave sample for dope tests.

"We have had two players tested. Dilshan is not one of them. The players are Ajantha Mendis and Chamara Silva. I am not too sure about where this story has come from but there is no truth in it," Jayawardene told reporters here ahead of Sri Lanka's match against Zimbabwe.

Early in the day, the media circle was abuzz with the story that Dilshan has failed a dope test conducted by the International Cricket Council.