Jam packed frenzy in the Capital

Just when you may have thought that the next best thing to watching the match live at Mohali is sitting in a pub and cheering your side, think again. 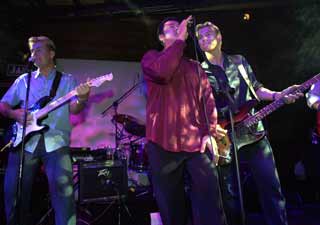 Just when you may have thought that the next best thing to watching the match live at Mohali is sitting in a pub and cheering your side, think again.

While the Punjab Cricket Association stadium with its 28,000 seating capacity is sold out, so are most of the eating and watering holes, at least in the Capital. If pub owners are to be believed, the rush for reserving a table on Wednesday beats that of any new year party that may even have had Bollywood starlets shake a leg. "Its cricket and its India-Pakistan in a semi-final match of a World Cup. Do you really expect a celebrity or celebrities to match up to the frenzy there is right now," says Ashish Jain, owner of one such joint in south Delhi's Select Citywalk mall.

Jain says the phones started ringing the moment India qualified for the semis and have since not stopped, with people inquiring about offers and availability. The 34-year-old also adds that he shares the situation with most of his fellow restaurant owners spread across the city. "It's good for the business. Somehow though, even we are not looking too much into the commercial aspect of it as we are as excited as any."

No surprises then that when 26-year-old Siddharth Roy went to his favourite hang-out joint in Vasant Kunj, he was told that the place was totally booked. "Since I am a regular patron, I may just be able to sneak in but it won't be a gala party with friends for sure," says the MNC executive.

While farmhouse parties are also being orgainsed in a chaotic frenzy, those who are not as fortunate to own a palatial piece of land may just consider buying that new television set and stocking up on supplies ahead of the match.

One thing though is for sure, whether in the Capital or elsewhere in the country - those who have that elusive ticket to the match are the luckiest but those who have already reserved a spot in a restaurant or a watering hole are considerably fortunate as well. Now for the actual match to unfold.

Comments
Topics mentioned in this article
MS Dhoni World Cup 2011 Cricket
Get the latest updates on ICC T20 Worldcup 2022 and CWG 2022 check out the Schedule, Live Score and Medals Tally. Like us on Facebook or follow us on Twitter for more sports updates. You can also download the NDTV Cricket app for Android or iOS.