In the country's deadliest single attack since 2011, the bomber detonated his explosives on Sunday as hundreds of young men and boys attended a tournament featuring three local teams in the volatile province of Paktika. 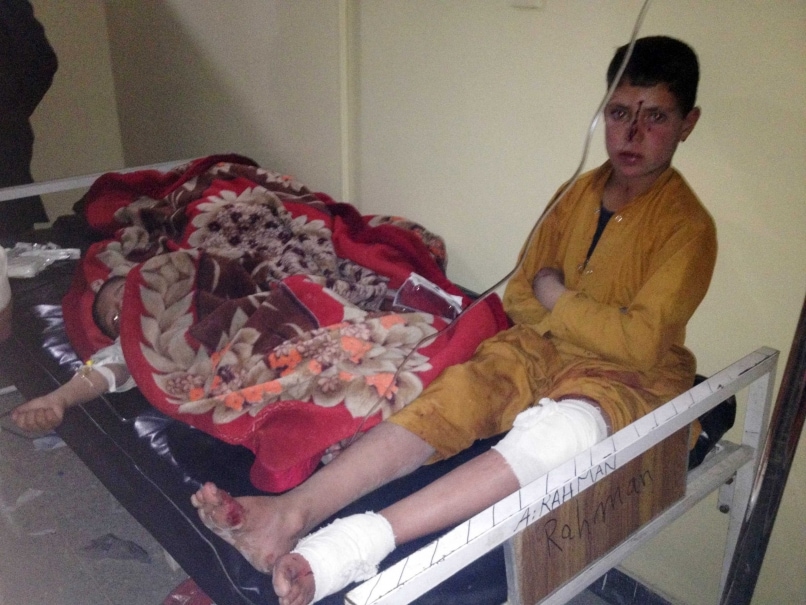 Survivors of a horrific suicide attack which killed 57 people at a volleyball game in eastern Afghanistan told on Monday how the blast ripped through a crowd of spectators enjoying the final moments of the match.

In the country's deadliest single attack since 2011, the bomber detonated his explosives on Sunday as hundreds of young men and boys attended a tournament featuring three local teams in the volatile province of Paktika.

Separately, two NATO soldiers were killed in an attack in the east of Afghanistan this morning, the coalition said, giving no further details.

Paktika provincial spokesman Mukhlis Afghan said in a statement the death toll from yesterday's blast had risen to 57 after 15 people died of their injuries overnight.

"The game was about to end when we heard a big bang," Salaam Khan, 19, told AFP at a military hospital in Kabul where he was flown for treatment to his injured chest and right leg.

"I was shouting for help. Just beside me was a dead army officer," he said. "There were local police and commanders watching the game. I saw some killed and wounded."

Najib Danish, deputy spokesman for the interior ministry, said four local police were among the fatalities, but they did not appear to have been specially targeted.

"I was watching the game, sitting on the ground with my brother, when the blast happened," said Mohammad Rasoul, 11, who was wounded in the chest and whose brother was in intensive care.

"People were covered in blood all around me. There were many friends of mine among them."

Many of the wounded were children or young men, wrapped in bloody bandages.

Doctor Seyawash, head of health services at the hospital in Kabul, told reporters that about 12 victims were in a critical condition. The injuries were from ball bearings packed in the bomb.

There was no immediate response from the Taliban, but the insurgents often distance themselves from attacks that claim many civilian lives.