Soumyajit Ghosh was provisionally suspended by the TTFI in March, 2018. 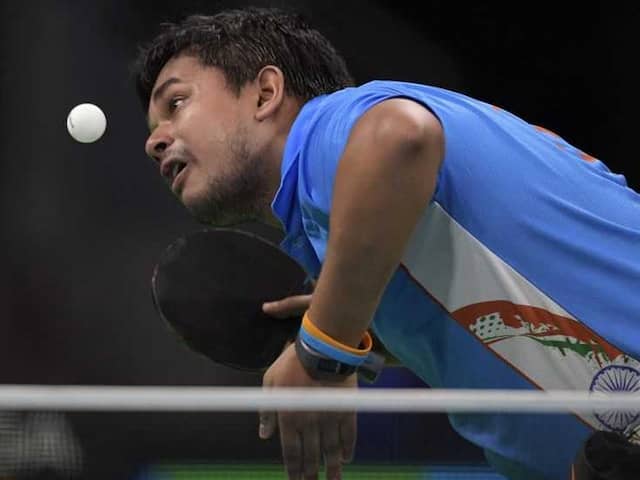 Soumyajit Ghosh is eligible to participate in the Senior Nationals in 2019.© AFP

The Table Tennis Federation of India (TTFI) on Sunday lifted ban on former national champion and international paddler Soumyajit Ghosh, after he was placed under provisional suspension following a complaint of alleged rape in March. The TTFI in a statement released on Sunday said, "Soumyajit Ghosh can now return to the mainstream of national and international table tennis after the Table Tennis Federation of India (TTFI) decided to revoke his suspension, handed out in March this year."

The decision was taken by the members of executive board of TTFI which met here during the ongoing 80th Junior and Youth National Championships.

The withdrawal of suspension also means Ghosh is eligible to participate in the Senior Nationals at Cuttack, from January 4 to 9, 2019.

Earlier in March, a complaint of alleged rape was filed against him by a teenaged girl in a police station in Barasat in West Bengal.

The TTFI had then decided to issue a show-cause notice to Ghosh, asking him to explain his stand on the FIR lodged by the girl, especially on the allegations against him, the release further said.

Ghosh had claimed his innocence during that phase and said that the girl has been blackmailing him for money and the allegations were a ploy to ruin his career.

Comments
Topics mentioned in this article
Soumyajit Ghosh
Get the latest Cricket news, check out the India cricket schedule, Cricket live score . Like us on Facebook or follow us on Twitter for more sports updates. You can also download the NDTV Cricket app for Android or iOS.