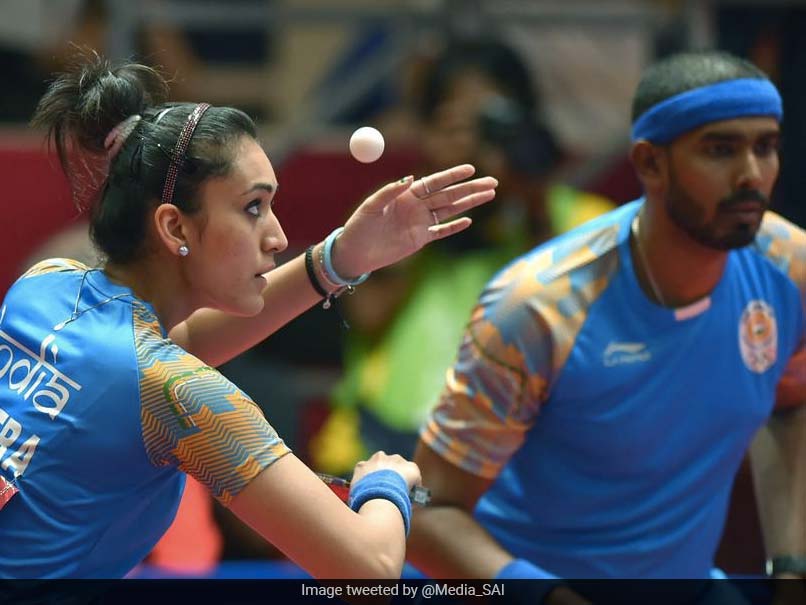 Indian pair of Manika Batra and Achanta Sharath Kamal have qualified for the mixed doubles event of the 2021 Tokyo Olympics. The World No. 19 Indian pair came from behind to stun Korean pair Lee Sangsu and Jeon Jihee 4-2 in the final clash at the Asian Olympic Qualifiers. Indian table tennis duo had made their way into the mixed doubles final at the Asian Olympic Qualification Tournament after defeating Singapore's Koen Pang Yew En and Lin Ye 4-2 in the last-4 clash in Doha on Friday.

Earlier on Thursday, all the four Indian paddlers Sharath, Manika, Gnanasekaran Sathiyan, and Sutirtha Mukherjee earned themselves singles qualification at the 2021 Tokyo Olympics.

While Sathiyan and Sutirtha emerged winners in their respective categories of the South Asian Group, Sharath and Manika sealed Tokyo berths by virtue of being the highest-ranked second-placed players.

Tokyo Olympics is scheduled from July 23-August 8 this year. The Games were scheduled to be held last year but got postponed due to the Covid-19 pandemic. Whereas, the Paralympics will take place from August 24 to September 5.

Comments
Topics mentioned in this article
Table Tennis
Get the latest updates on ICC T20 Worldcup 2022 and CWG 2022 check out the Schedule, Live Score and Medals Tally. Like us on Facebook or follow us on Twitter for more sports updates. You can also download the NDTV Cricket app for Android or iOS.